The purpose was to rapidly remediate a source zone and facilitate a transition to natural attenuation.  The remedial technology involved using the auger to simultaneously mix the subsurface and introduce hot air/steam to promote thermal volatilization and stripping of chlorinated volatile organic compounds (CVOCs) from soil and groundwater, followed by injection of ZVI as a polishing step to provide treatment of residual CVOCs.

Approach/Activities.  During implementation, an 8-foot diameter auger was advanced into the subsurface up to 66 feet below land surface, and a mixture of steam and hot air was injected via ports in the auger bit.  Off-gassing steam/hot air was captured at the surface via a 12-foot diameter vacuum shroud and analyzed for CVOCs using four on-site gas chromatographs.  Auger depth, off-gas temperature and recovery rates, and other process data were collected at sub-minute frequency; CVOC concentrations were measured approximately every three minutes.  Thermal treatment at each boring was performed until off-gas PCE concentrations were reduced to meet the criteria developed in our treatment protocol.  After the completion of thermal treatment, a ZVI slurry was injected to passively treat residual CVOCs. During the three months of active LDA/Steam/ZVI implementation, an estimated 400 to 500 pounds of PCE were remediated, with most of the mass being removed from two low hydraulic conductivity layers.

A review of the data as it was being collected allowed us to modify the treatment scheme in real-time, so that treatment could be focused in the areas where it would be most effective.  Based on the real-time data, Geosyntec evaluated when thermal treatment could be considered complete at each boring, whether the total boring depth needed to increase, and whether borings should be added or removed from the treatment plan.  Post-processing of the data was performed to calculate how much mass was recovered from each treatment boring, and to visually present the distribution of mass recovered throughout the treatment area.

Results/Lessons Learned.  Post-LDA soil and groundwater sampling indicate that the treatment goals were achieved. CVOCs were not detected in saturated soil samples collected in the source zones.  CVOC concentrations in groundwater samples collected via direct push technology and monitoring wells were below concentrations that allow for transitioning of the site to natural attenuation.

A significant portion of the total mass that was removed was from borings that did not specifically correlate with the conceptual site model interpretation of mass distribution, or was at depths below the planned treatment depths.  These areas of elevated mass were identified and remediated based on the real-time data.  Utilizing real-time data collection and an adaptive treatment protocol enabled Geosyntec to focus remediation efforts on the locations and depths with the most mass, which maximized treatment efficiency and effectiveness.   Real-time data analysis enabled Geosyntec to efficiently achieve remediation objectives and transition the site to natural attenuation. 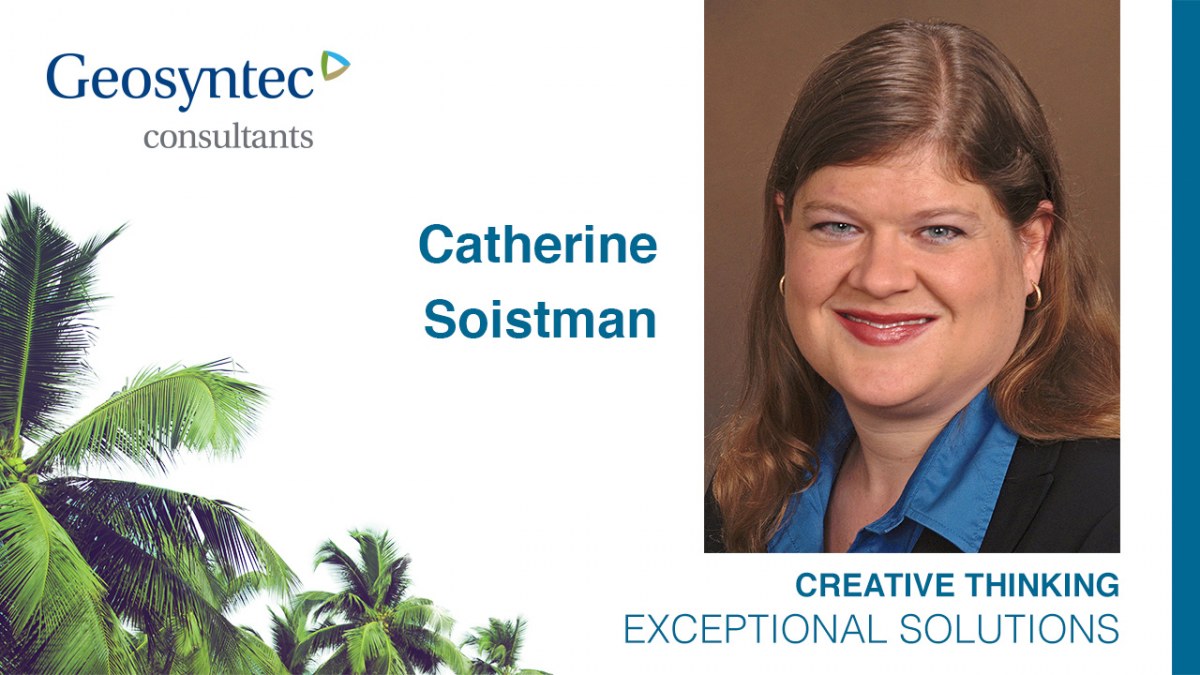