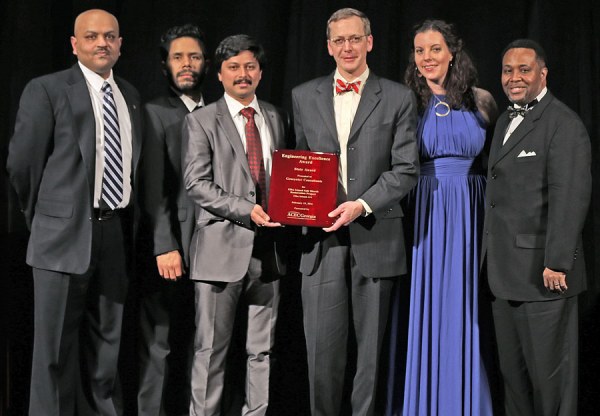 The restoration of 1.9 acres of historical salt marsh and 2.5 acre upland buffer was necessary not only for the continued operation of the facility but has proved to be a benefit to Southern LNG Company, LLC (SLNG) for the future expansion of the Terminal to liquefy domestic natural gas for export. The Elba Island Salt Marsh Restoration Project was a critical path project in order to maintain operations at the liquefied natural gas (LNG) import terminal at Elba Island owned and operated by SLNG, a subsidiary of Kinder Morgan.

Since 1998, Geosyntec has provided the geotechnical engineering for the DMCA management, which requires periodic dike raisings to create additional storage for annual dredge material disposal. In 2006, preparation began for the next dike raising, which would require a significant lateral expansion to maintain geotechnical integrity of the exterior dikes along the south and east side of the DMCA. By 2011, environmental permits were still in limbo because mitigation options for impacts to the tidally influenced ditch surrounding the DMCA were not materializing into viable options. With the southern DMCA nearly full, Geosyntec proposed an innovative plan to provide the required mitigation on Elba Island by restoring a historical salt marsh that currently lies under three to five feet of historical dredge spoils from the 1940s and 1950s. To do this, Geosyntec approached the Federal and State regulatory agencies with an established scientific assessment methodology as the framework upon which a novel calculation methodology was developed for sizing the salt marsh restoration to equal the functional capacity of the tidal ditch to be filled. The agencies ultimately approved the methodology, and in August 2013, the construction of the Elba Island Salt Marsh Restoration Project was successfully completed. To further protect and enhance the restored marsh, SLNG restored a 2.5-acre 50-foot wide upland buffer parallel to the restored marsh, which was 2,200 feet in length (longer than six football fields).

One year after completion of construction, the project was already meeting its 5-year performance measures, which exceeded everyone's expectations including those of SLNG, Geosyntec, and the regulatory agencies. Further, the Federal and State regulatory community, having seen the project's success first-hand, endorsed Geosyntec's assessment and design methodology and have called it a "model" for other salt marsh restoration projects in Georgia. The success of the restored marsh establishing so quickly and performing at the five-year performance goals affirmed the successful approach of the multidisciplinary team's concept that "process defines form and function." The Geosyntec team dedicated the time needed to understanding this unique ecological resource, and the natural processes that create sustainable ecological conditions.

As part of a significant investment in the partnership between our firms, Geosyntec was invited and will attend the Kinder Morgan Supplier Showcase May 10-12, 2016 in Houston, Texas.

For more information regarding, the Ellba Island Award visit: https://youtu.be/X37EK5fFyvM

For more information on salt marsh restoration, contact David Vance at This email address is being protected from spambots. You need JavaScript enabled to view it.