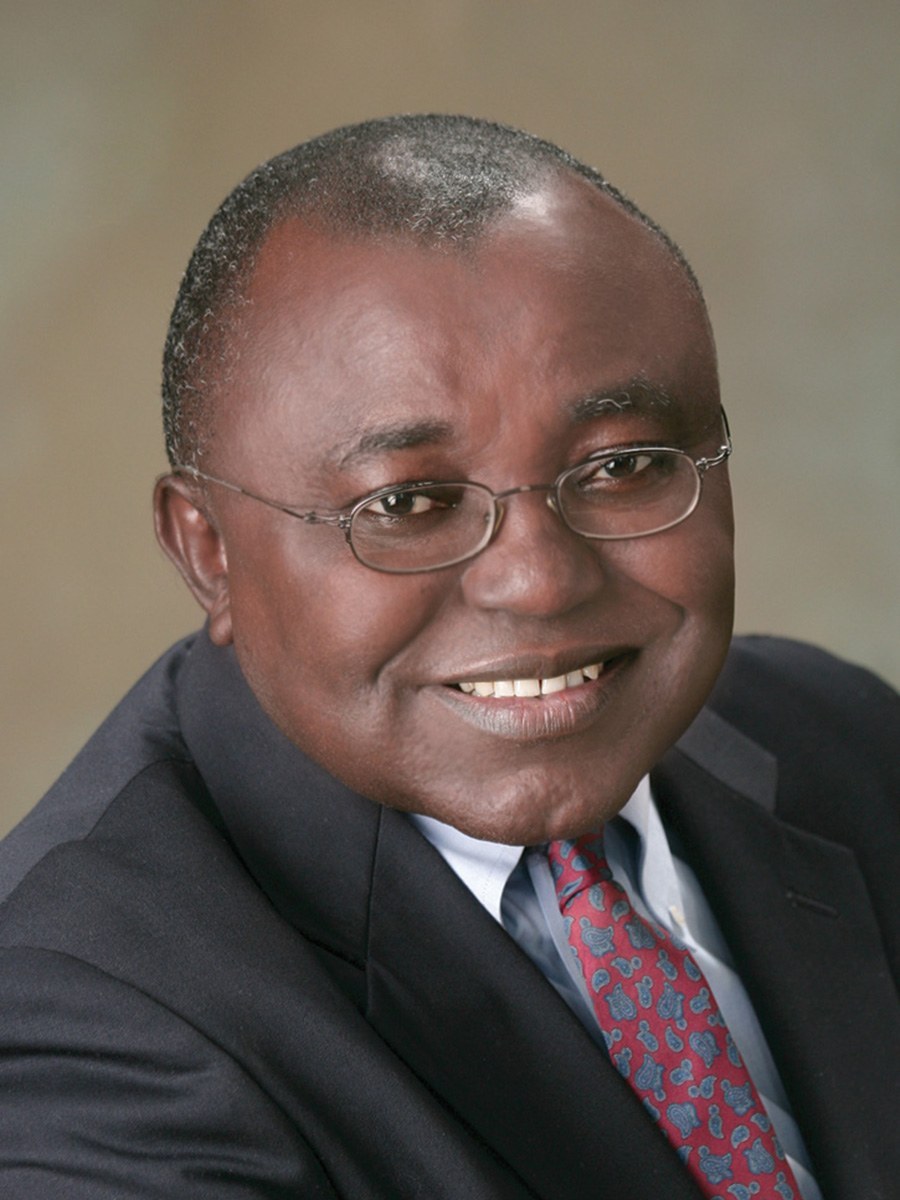 Kwasi Badu-Tweneboah, Ph.D., P.E., D.GE (Florida) presented "Optimizing the Storage Capacity of a Confined Disposal Facility in Savannah Harbor, Georgia – Seven Years of Intensive Management of Dredged Sediments" and "Emergency Dredging of a Terminal Tanker Dock Due to Impacts from the Recent Back-to-back Hurricanes in the Northeast Florida Area" at the Western Dredging Association's (WEDA) Dredging Summit & Expo '19 at the Chicago Hilton in Chicago, Illinois on June 7, 2019.

Kwasi is a Principal Engineer based in Florida with more than 30 years of consulting and research experience focusing on the design and construction of containment systems for solid, hazardous, and radiological wastes, sediments, and surface impoundments. His clients include commercial waste disposal firms, municipal and local governments, petrochemical manufacturing, utility, pulp and paper processing industries, and land development firms in the Southeast and Midwest U.S.

Ramil is a Geotechnical and Geoenvironmental Engineer with experience and expertise in the areas of geotechnical design and investigation, geotechnical field instrumentation, specialized geotechnical laboratory testing, and unsaturated soil and water balance modeling. His areas of practice include design and construction of containment systems for solid wastes, design of alternative final covers for landfill closure, intensive management of dredged material containment areas, and site investigation and environmental remediation.

Samir is a Geotechnical Engineer in the field of geoenvironmental engineering. He has expertise in foundation design, data interpretation from settlement instrumentation, performing slope stability analysis, management of dredged materials, and geotechnical site characterization. Samir has been involved in a range of projects, including dike raising, management of dredged material containment areas, and data interpretation obtained from remotely monitored test embankments to characterize soft foundation soils

The Dredging Summit & Expo is a technical conference organized by WEDA to promote the exchange of knowledge in fields related to dredging, navigation, marine engineering, and construction. It provides a forum for improvement of communication, technology transfer, and cooperation among associations and societies, while emphasizing the importance of understanding and developing solutions for problems related to the protection and enhancement of the marine environment.

WEDA is a non-profit technical professional organization devoted to the exchange of knowledge in fields related to dredging, navigation, marine engineering and construction. WEDA is a member of The World Organization of Dredging Associations. WEDA's region encompasses North, Central, and South America.

Title: Optimizing the Storage Capacity of a Confined Disposal Facility in Savannah Harbor, Georgia – Seven Years of Intensive Management of Dredged Sediments
Authors: Kwasi Badu-Tweneboah, Ph.D., P.E., D.GE; Kenneth Cargill, P.E.; and Ramil Mijares, Ph.D., P.E.
Abstract: In 2001, a liquefied natural gas (LNG) import terminal and ship off-loading facility was re-commissioned on Elba Island in Savannah Harbor, Georgia. A turning basin and ship slip were constructed to add efficiency and a higher level of safety to the LNG off-loading process. The turning basin and ship slip were initially maintained through periodic dredging events about twice per year but since 2016 have been maintained under a day-dredging contract. Long-term management of the sediments dredged from these areas is critical to the continued operation of the LNG facility. The dredged material is disposed of in on-site dredged material containment areas (DMCAs). The DMCAs at the site consist of two adjacent units, with a total footprint of approximately 250 acres and separated by an interior dike, that were specifically designed and constructed using available space to support the facility's operations. The perimeter dikes of the DMCAs were initially constructed to elevation 38 feet (ft.), Mean Lower Low Water (MLLW).

The results of modeling, using the software program PCDDF, developed by the U.S. Army Corps of Engineers (USACE), indicated that the storage capacity of the two DMCAs would be exhausted by approximately the year 2026, assuming the perimeter dikes are raised, as needed, in 6-ft increments to a maximum stable elevation of 62 ft., MLLW. The facility was therefore faced with the challenges of being able to maintain a suitable disposal capacity as well as having a long-term disposal volume available in the DMCAs in order to meet its contractual LNG import obligations and, additionally, the recently proposed LNG export operation which is currently under construction.

To address the long-term management of the DMCAs, the authors developed a comprehensive approach to evaluate dredging and disposal options for the facility in 2010. The selected option consisted of an intensive management program for desiccation-drying and removal of dredged sediments within the DMCAs to maintain storage capacity. Implementation of this option started in DMCA 2 while DMCA 1 was being used for disposal in 2011, and preliminary results were presented by Badu-Tweneboah et al. (2016). Since then refinements have been made to the intensive management program with the addition of a center berm constructed in DMCA 2 to allow disposal in one half while the other half is also being dewatered and dredged material harvested. DMCA 1 is also undergoing a similar intensive management program since Fall 2016. The facility has also awarded a day-dredge contract whereby the slip is dredged a minimum of 5 days per week throughout the year in order to support the modifications to the facility operations to include on-site liquefaction and export of LNG. Once the liquefaction operation goes on-line, tanker ships would be transiting the terminal on a much more frequent basis (projected to be once per week), thereby necessitating the need to have the day-dredge contract.

This paper will present an update of the results and refinements to the intensive management program to maintain the disposal life of the Elba Island DMCAs for the LNG facility in Savannah Harbor, Georgia. Lessons learned and the success of the program during this period will be discussed. The outline of a future disposal/removal scheme will also be presented.

Title: Emergency Dredging of a Terminal Tanker Dock Due to Impacts from the Recent Back-to-back Hurricanes in the Northeast Florida Area
Authors: Kwasi Badu-Tweneboah, Ph.D., P.E., D.GE; Samir Ahmed, E.I.; Ramil Mijares, Ph.D., P.E.; and Lesley Toke, P.E.
Abstract: A petroleum refined products company owns and operates storage facilities that store and distribute refined products including asphalt, aviation gasoline, distillates, gasolines, jet fuels, lube oils, and residual fuel at its Jacksonville Terminal facility in Jacksonville, Florida, USA. These products and/or materials are stored in 30 tanks located at the facility via three terminals. The tanker dock for one of the terminals consists of a ship dock-concrete T-Head with length overall (LOA) of 875 feet (ft) (267 meters (m)) and a maximum draft of 38 ft (11.6 m)Mean Lower Low Water (MLLW) on the west side of the Federal Navigation Channel (FNC) in the St. Johns River, Jacksonville. Tanker ships docking at the berth must maintain a minimum under keel clearance of 2.5 ft (0.76 m) in the FNC and 0.5 ft (0.15 m) alongside the berth. Additionally, incoming vessels with a draft greater than 36 ft (11 m) MLLW are required to start no sooner than 30 minutes after the start of flood current on the bar.

Available information indicates that the tanker dock was dredged in 2009 by the U.S. Army Corps of Engineers, Jacksonville District (USACE-SAJ) as part of the Jacksonville Harbor Berth Deepening and Maintenance Dredging project (USACE-SAJ 2008, 2009). The area was dredged to a maximum depth of -42 ft (-12.8m) MLLW, which included a design depth of -40 ft (-12.2m) MLLW plus 2 ft (0.6m) of allowable overdredge, in order to match the FNC. Since then no maintenance dredging had been required since annual bathymetric surveys had shown the berth maintaining the minimum required draft and under keel clearance requirements. However, results of bathymetric survey performed on 20 April 2018 indicated that sediments had accumulated on the southern end of the tanker dock. Approximately 3,500 cubic yards (2,680 cubic meters) of sediments had accumulated in a 200-ft (61-m) long by 120- ft (37-m) wide area in the southernmost tip of the tanker dock. The apparent shoaling was presumably attributed to the effects of the two back-to-back hurricanes (Matthew in 2016 and Irma in 2017) in the Northeast Florida area. The authors were tasked with providing permitting and consulting support services to allow the facility to perform a one-time emergency dredging of the tanker dock.

The support services included obtaining permit authorizations from the USACE-SAJ and Florida Department of Environmental Protection (FDEP) to perform the dredging and acquiring a license agreement with the Jacksonville Port Authority (JAXPORT) to allow disposal of the dredged materials at one of JAXPORT's dredged material management areas (DMMAs) on the Jacksonville Harbor. These efforts included preparing and implementing a sediment sampling and analysis plan (Geosyntec 2018a) for the sediment characterization program to characterize the quality of sediments accumulating in the tanker dock and to provide information to support the permitting and approval process. Two sediment cores ranging in length from approximately 6 to 9 ft (1.8 to 2.7 m) were collected using a vibracore apparatus on 24 October 2018 (Geosyntec 2018b). Each core was divided into two equal sections with each section homogenized in the field until uniform in color and texture to generate two composite samples from each core: one from the upper half section and the other from the lower half section. Additionally, sediment samples from each sample station were collected for performing modified elutriate testing (Vicinie et al. 2011). Field methodologies and procedures generally followed those outlined in USACE (2003) and procedures documented in the FDEP Standard Operating Procedures for Field Activities (DEP-SOP-001/01).

The vibracore sediment and modified elutriate samples were collected from the tanker dock and shipped to environmental and geotechnical testing laboratories for analytical and geotechnical testing (Geosyntec, 2018b). The environmental (analytical) laboratory testing included the typical suite of parameters (i.e., metals and other general physical and chemical constituents in sediments) required by the regulatory agencies as well as BTEX/MTBE and other petroleum hydrocarbon compounds required by JAXPORT (2018). Geotechnical laboratory tests included particle-size analysis (ASTM D422), moisture content (ASTM D2216), and specific gravity (ASTM D854). The analytical results of sediment samples indicated no observed exceedances of the FDEP's cleanup target levels (CTLs) for commercial/industrial direct exposure. The analytical results of modified elutriate samples indicated that the observed exceedances of CTLs for leachability based on marine surface water criteria were limited to aluminum, copper, iron, and lead (Geosyntec 2018b). The geotechnical test results indicated the sediments having 68 to 93 percent sand content, 7 to 32 percent fines content (i.e., silt- and clay-sized particles), 30 to 94 percent moisture content, and specific gravity of specific gravity of 2.675 (Geosyntec 2018b). The analytical and geotechnical tests results and evaluations are also consistent with those reported for the terminal dock by CH2M HILL (2008) as part of the 2009 Jacksonville Harbor Berth Deepening and Maintenance Dredging project (USACE-SAJ 2008, 2009).

Based on the above analytical and geotechnical results and follow-up discussions with the FDEP and JAXPORT, the sediments were evaluated to be acceptable for disposal at one of JAXPORT's DMMAs. The results of the sediment characterization program have been used to support the permit applications to the respective agencies. A Nationwide Permit (NWP) Number 35 has been issued by the USACE-SAJ to authorize the dredging of the accumulated sediments in the tanker dock. An environmental resource permit (ERP) application was submitted to FDEP Northeast District (FDEP-NED) in January 2019 and response to request for additional information (RAI), including a submerged land lease survey, was completed in March 2019. It is anticipated that a permit would be issued by April 2019. Plans are also underway to procure a dredging contractor to perform the actual emergency (maintenance) dredging which is anticipated to be in mid-2019.
This paper presents the sediment characterization program and permitting efforts with the USACE-SAJ, FDEP, and JAXPORT to allow NuStar to perform the dredging of the tanker dock. Historical bathymetric survey and other hydrologic data will be reviewed and analyzed to establish sediment accumulation rates and to provide the apparent cause(s) of the apparent shoaling following the two hurricanes.

Learn more about the event: https://dredging-expo.com/
Learn more about WEDA: https://www.westerndredging.org/
For consultation regarding dredging management and emergency dredging, contact Kwasi Badu-Tweneboah at This email address is being protected from spambots. You need JavaScript enabled to view it.
Learn more about Kwasi: https://www.geosyntec.com/people/kwasi-badu-tweneboah