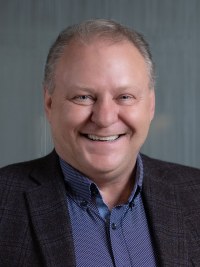 Mike Petouhoff is a Senior Principal Engineer based in California with more than 35 years of experience as a clean energy leader focused on renewable energy, efficiency, and demand response. His expertise in environmental planning and management has helped clients in several markets and industries.

Mike Petouhoff is a Senior Principal Engineer based in California with more than 35 years of experience as a clean energy leader focused on renewable energy, efficiency, and demand response. His expertise in environmental planning and management has helped clients in several markets and industries.

Mike’s projects range in scope, including managing a large-scale corporate energy program for Apple, and for the California Energy Commission; leading a a five-year research initiative to “Create a Nimbler Grid as California Transitions to 100% Clean Energy” to address short- and long-duration energy storage; hydrogen production delivery, storage and conversion; cybersecurity; power quality; and grid congestion. At CEC, he also led research for natural gas system decarbonization, and “A Hydrogen Roadmap for a Decarbonized CA.” At Chevron Energy Solutions, Mike led development of energy projects including West Village, California’s first zero net energy town, achieved through a combination of efficiency and renewable energy. His experience in efficiency, load flexibility, power reliability, energy storage, hydrogen, and grid reliability, coupled with his deep knowledge of corporate, state, and utility energy programs, makes him a leader within the private and public sector. Mike has worked with commissions, legislatures, and state governors to clear paths for clean energy and with corporations to improve environmental impact.

As Apple’s Global Energy Team Leader, he was the architect of the company’s transition to a 100% clean energy in the United States and 23 other countries. Mike also managed the design of the energy system for Apple’s new headquarters, a 100% renewable microgrid, and created a large-scale energy program which reduced the Apple’s global carbon footprint from energy to zero. These changes resulted in an improved reputation for social responsibility and positive public feedback. In addition to his private sector work, he has also been a hands-on project manager and high-level strategist for public-facing entities.

Mike led utilities reliability design and construction projects for the U.S. Navy. As one of the first Navy Civil Engineer Corps Energy and Environmental Officers, his work included energy, environmental compliance, remediation, and ultimately establishing a worldwide training program for the United States Navy.  Mike’s projects included building a critically needed power generation plant and substations to address rolling widespread community blackouts. He also developed an environmental training program for military and civil service personnel worldwide, directed a superfund environmental cleanup effort, and while serving as an Energy Officer for a large industrial airbase, reduced energy consumption on the base by 28%.

Contact Mike Petouhoff at This email address is being protected from spambots. You need JavaScript enabled to view it. or +1 510-435-2892.

Overview of Environmental Planning and Management