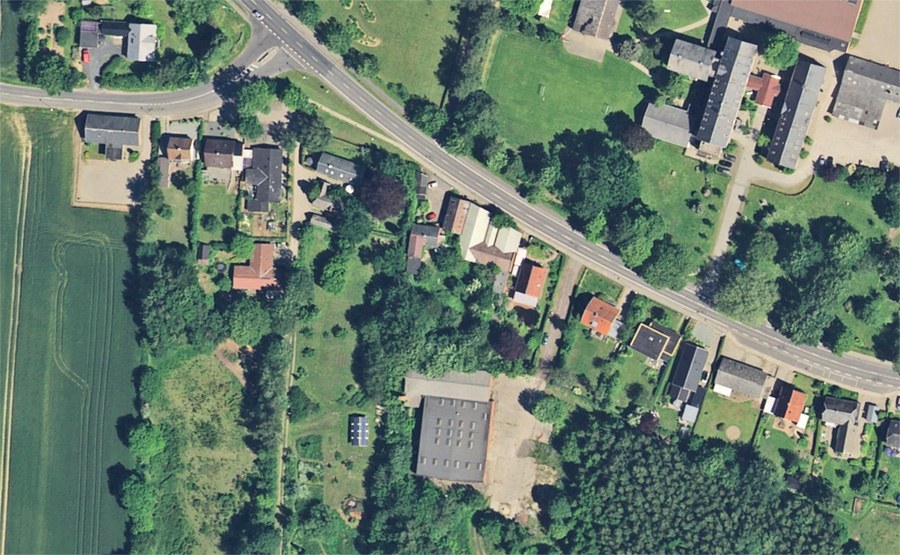 Groundwater beneath a former manufacturing facility in a small Danish town is contaminated with part-per-million levels of trichloroethene (TCE) and cis-1,2-dichloroethene (cDCE). The TCE and cDCE contamination occurs primarily in a low-permeability clay layer that is not amenable to an active forced-gradient bioremediation design.

Based on the successful results of biotreatability studies completed by the Danish Technical University, the local regulatory agency (Funen County) selected biostimulation and bioaugmentation with the Dehalococcoides bacterial culture KB-1® as the final remedy for the site. Funen County retained the team of Orbicon, Geosyntec Consultants, and COWI A/S to (1) test the feasibility of passive bioremediation using low-solubility, slow- release electron donors and bioaugmentation with KB-1® in a pilot test; and (2) design and implement a full-scale biostimulation/ bioaugmentation remedy.

Geosyntec provided design expertise for the pilot test, performed KB-1® injection, and assisted with analysis of performance monitoring data. The pilot test compared the performance of electron donors and injection methods between three injection plots. In the first test plot, chitin (Chitorem) and KB-1® were emplaced via hydrofracturing into a fracture containing a mixture of chitin and sand. In the second test plot, an emulsified soybean oil (ESO) suspension (10% ESO) and KB-1® were injected via hydrofracturing. Guar was used to support fracture emplacement in the first two test plots. In the third test plot, ESO was injected at low pressure into the clay formation without the assistance of hydrofracturing.

The chitin injection was unsuccessful due to poor mixing between the guar and Chitorem during hydrofracturing. The best radius of influence (4 m) was achieved in the hydrofractured ESO plot. Relative to the non-fractured ESO plot, a higher injection rate was observed in the hydrofractured ESO plot. Results of performance monitoring showed effective stimulated reductive dechlorination in the ESO plots, including significant accumulation of non-toxic ethene after seven months. Based on the success of the ESO + bioaugmentation pilot tests, Funen County chose the project team to design and implement a full-scale biostimulation and bioaugmentation remedy for the site. A full-scale biostimulation\bioaugmentation remedy was implemented in Summer 2006, including injection of 200 L of KB-1® and 40,000 L of groundwater amended with ESO into approximately 80 treatment wells. Performance monitoring is ongoing.

Geosyntec provided technical support for negotiations that won regulatory approval for the subsurface injection of a non-native bacterial culture, and performed the first Dehalococcoides bioaugmentation for chlorinated solvent remediation in Scandinavia. Not only was this project the first field application of KB-1® in Europe, it was also the first use of hydrofracturing for in situ bioremediation in Denmark.