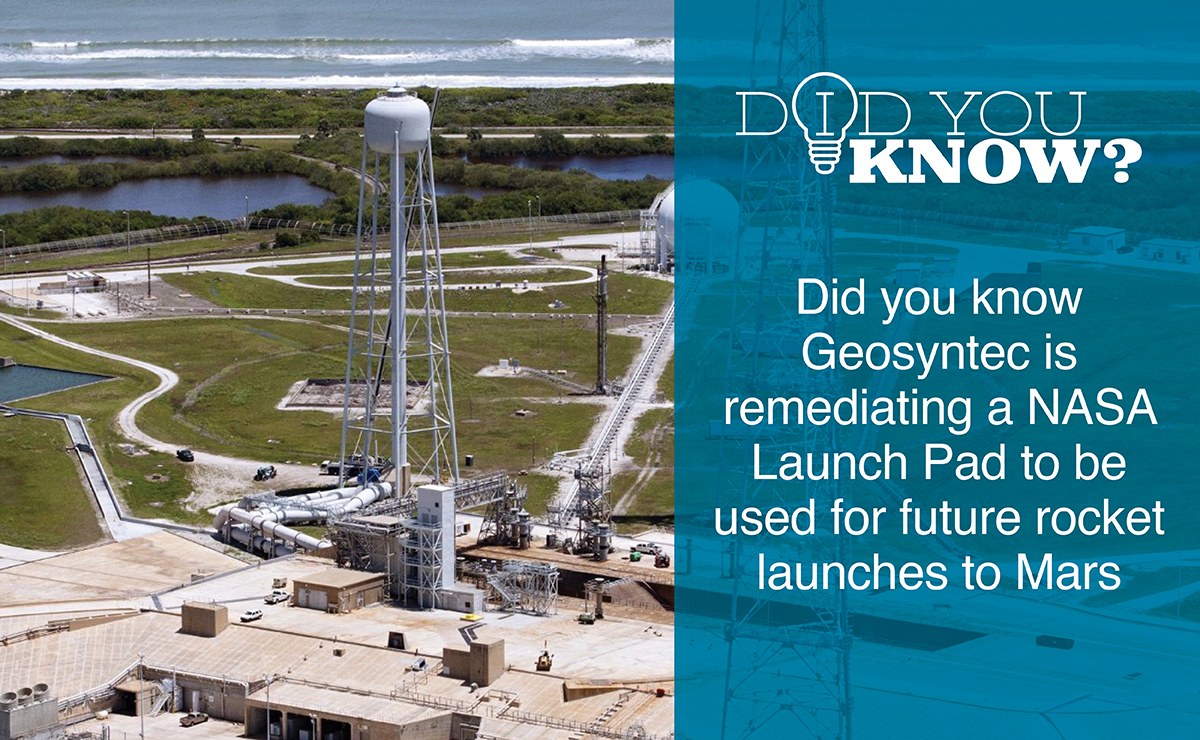 Launch Complex 39B
« All Projects

Launch Complex 39B (LC39B) is a NASA launch site located at the Kennedy Space Center in Florida. LC39B was constructed in the mid-1960s for the Apollo Space Program, retrofitted in the mid-1970s to support the space shuttle operations, and is currently being reconfigured by NASA for future Orion missions to Mars.

Geosyntec's design for the air sparge system following the completion of the feasibility study included:

Upon completion of the design, Geosyntec procured the air compressor system, oversaw the installation of all components of the air sparge system, and successfully completed system startup activities. Monthly O&M activities, quarterly performance monitoring, and routine optimization activities have been conducted following startup.

The air sparge system installation, which included the completion of over three miles of trenching and the installation of over five miles of piping, was completed with no safety incidents. During air sparge well installation, soil cores were collected from the bottom 10 feet of each air sparge well location to identify the depth of low-permeability soils, which allowed for the refinement of individual air sparge well depths to maximize air distribution. Within six months of air sparge system startup, groundwater monitoring results have documented an average reduction in groundwater concentrations of over 90%, with an anticipation that exit-strategy objectives will be met in less than two years.