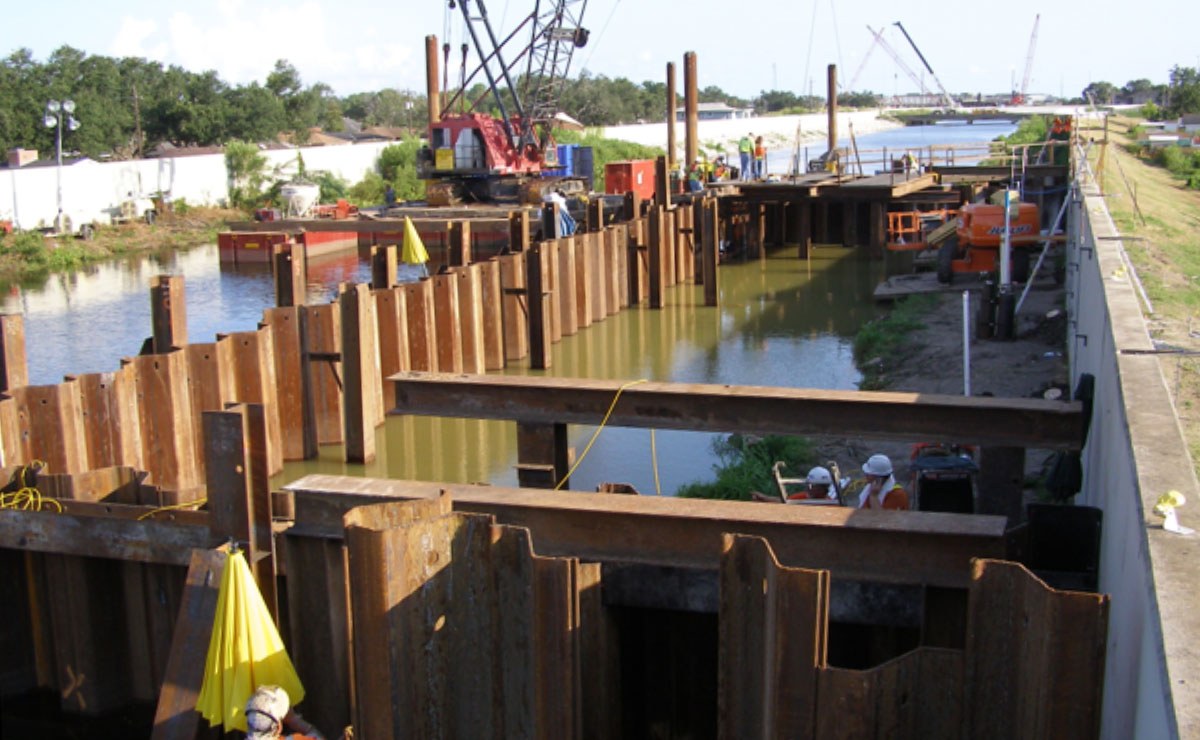 Full-Scale Field Test of Performance of Levee in New Orleans, Louisiana
« All Projects

One consequence of the damage from the Hurricane Katrina storm surge was that the allowable water levels in the repaired canals was reduced relative to pre-Katrina elevations to maximize the potential water storage within the canals during subsequent hurricane events and to minimize the adverse impacts of sustained high-water levels in the canals.

This action has adversely impacted the local levee control boards and their efforts to effectively manage the pumping into the canals for eventual discharge into Lake Pontchartrain. The reduced water levels increase the flooding hazard within the city during a non-hurricane event. To help reduce the risk and to address the potential problem regarding the normal pumping operation water level within the canals, the U.S. Army Corps of Engineers (USACE) has made a series of technical evaluations of the canals to assess the impacts of increasing the safe water elevation (SWE) in the three outfall canals: Orleans, 17th Street, and London Avenue.

Based on analysis results, USACE developed initial recommendations regarding a safe operational water elevation for the London Avenue Canal, as this canal suffered two breaches during Hurricane Katrina, resulting in the inundation of the surrounding areas. Prior to initiating this work, the local owner of the levee system along the London Avenue Canal, the Southeast Louisiana Flood Protection Authority-East (SLFPA-E), retained Geosyntec and Dr. Ray Martin, P.E., to act as a review team on behalf of the SLFPA. The assignment to the team was to provide an independent third party technical evaluation of the USACE hydrodynamic analyses and the proposed load testing program. Geosyntec and Dr. Martin were tasked to: (i) perform a site inspection visit with USACE to inspect the proposed testing site; (ii) provide a thorough technical review of the various hydrodynamic and stability analysis results and the reports; (iii) prepare a summary report of the technical review; (iv) prepare and deliver an oral presentation of the technical review findings to the SLFPA Board; and (v) collaborate with USACE during the full-scale load test regarding real-time data collection and interpretation. A final report was then prepared for the SLFPA-E Board. Following the successful completion of the London Avenue load test, Geosyntec and Dr. Martin were retained by the Orleans Levee Board to provide independent third-party review of USACE work products regarding: (i) seepage remediation along the 17th Street Canal, and (ii) increasing the SWE in the three outfall canals. These efforts ultimately are directed to minimizing the flooding hazards for New Orleans.

Independent third-party technical review, hydrodynamic, seepage, and slope stability analyses by Geosyntec and Dr. Martin provides a valuable interface between USACE and the local stakeholders and reduce the risk and vulnerability of the local infrastructure.