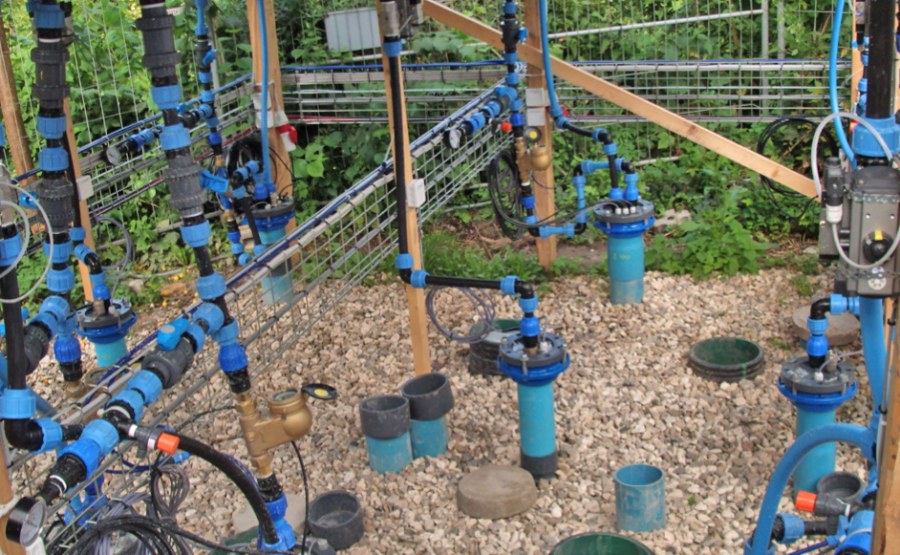 Electrokinetic-Enhanced Bioremediation of PCE Source Area in Clay
« All Projects

In low permeability soils (clays and silts), conventional hydraulic-based amendment techniques often fail to achieve appropriate amendment distribution. Electrokinetic (EK) enhanced amendment delivery is an innovative approach that uses electromigration and electro-osmosis to uniformly migrate amendments through clays and silts, since these transport mechanisms are not substantially affected by soil permeability. EK mechanisms can be applied to distribute electron donors, electron acceptors and/or bacteria for in situ bioremediation (EK-Bio), or oxidants for in situ chemical oxidation (EK-ISCO).

The near-surface geology throughout much of Denmark consists of glacial clay till, which poses a significant challenge to remediation of contaminated sites. Facing this challenge, the Capital Region of Denmark retained the team of Geosyntec, NIRAS, and the U.S. Army Engineer Research and Development Center (ERDC) to design and execute the world's first field application of EK-Bio to remediate a tetrachloroethene (PCE) source in clay.

Geosyntec first directed a bench-scale treatability test in collaboration with SiREM, ERDC, and Northeastern University. The team consolidated PCE-impacted clays from the test site into EK reactors. A DC power supply maintained a current density of 0.5 A/m2 across the reactor, which effectively transported lactate and Dehalococcoides bacteria (Dhc) through the clays, promoting PCE dechlorination to ethene in the clays.

Geosyntec subsequently led the design of an EK-Bio field pilot test, performed start-up operation, and directed system O&M and data analysis. The system consisted of an array of 3 cathodes and 3 anodes across a test area of approximately 6 ft. x 10 ft., with a target treatment depth of 9 to 24 feet. The lactate transport rate across the test area was estimated to range from 3 to 5 cm/day. Microbial data (molecular testing for Dhc and the vinyl chloride reductase gene) indicated that the EK process was successful in distributing Dhc within the clays. Reductive dechlorination was promoted, as evident by increases of degradation products (cis-DCE, VC and ethene) and Dhc levels.

Geosyntec and the project team accomplished the first rigorous field application of EK-Bio, including a bioaugmentation element, in the world. The project's success advocates EK-Bio as a cost-effective solution for the vexing problem of chlorinated solvents in low-permeability materials and for sites with high degrees of geologic heterogeneity. The Capital Region of Denmark has selected EK-Bio as the preferred full-scale remedy for this PCE source area.