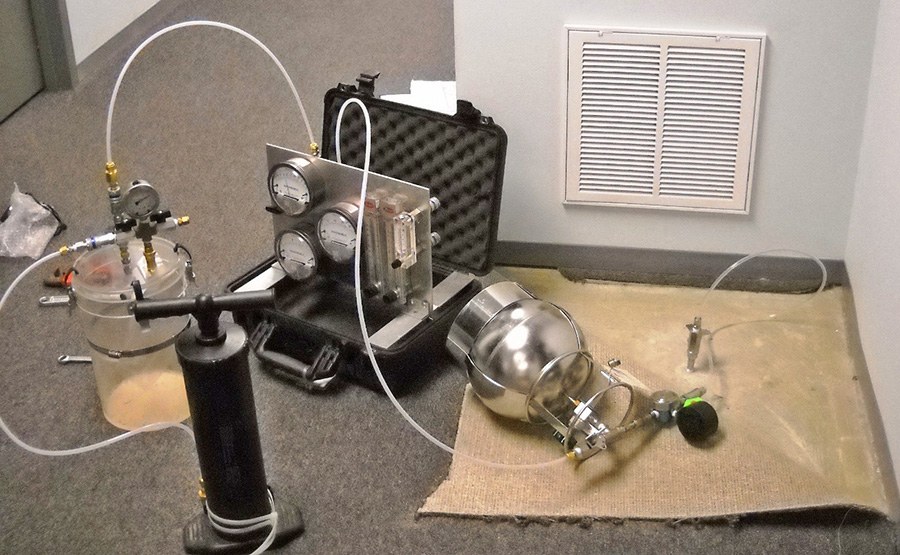 The Wells G&H Superfund Site centers on two municipal water supply wells developed in the 1960s which were found to be contaminated by disposal activities from nearby commercial-industrial facilities. In the intervening decades, many remedial actions have been conducted to reduce or eliminate the exposure of local residential and commercial properties to contaminated groundwater.

Following a Five Year Review by the U.S. Environmental Protection Agency (EPA) in 2009, Geosyntec was retained in 2011 to evaluate the completeness of the vapor intrusion (VI) pathway at off-site residential and commercial structures. The structures were selected based on their proximity to groundwater monitoring wells that had exhibited low concentrations of tetrachloroethene (PCE).

Geosyntec's scope of services included study design, execution, analysis, and reporting, plus direct interaction with U.S. EPA Region 1 and coordination with building owners and occupants. In each structure to be evaluated, we inventoried potential indoor sources of target volatile organic chemicals ( VOCs), which can confound analysis of the vapor intrusion pathway, and conducted building surveys to document foundation conditions, building materials, and heating, ventilation, and air conditioning systems. These preliminary activities allowed Geosyntec to design sampling strategies for indoor air, outdoor air, and sub-slab soil gas in each structure.

Geosyntec used multiple lines of evidence, including those listed above plus groundwater analytical data, weather data, and empirical studies on background concentrations of target VOCs in indoor air in a scientifically rigorous evaluation of the VI pathway at each structure. We concluded, with agreement from the U.S. EPA, that the vapor intrusion pathway was incomplete, i.e., no significant human exposure to contaminants derived from groundwater was likely to occur in any of the studied structures. As a result of this vapor intrusion study, no further action was necessary on this issue.

Our documentation of confounding conditions that could affect sample result was essential in demonstrating to regulators that the widespread distribution of acetone and ethyl acetate in many air-phase samples was caused by normal business operations at a nail salon in one of the leased spaces.