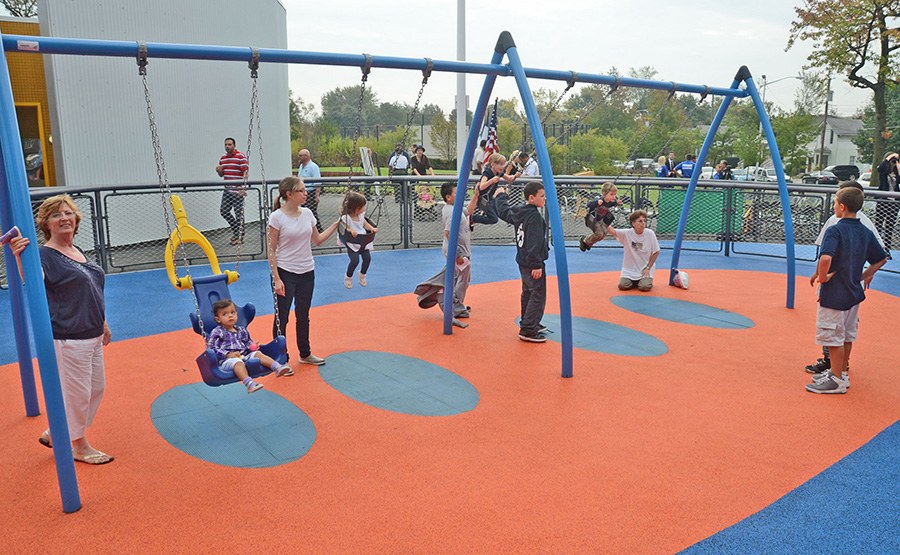 <
p>The New York City Department of Parks and Recreation (DPR) identified the 2.5-acre Schmul Park on Staten Island for redevelopment into a state-of- the-art neighborhood recreational park, part of the overall redevelopment of the Fresh Kills Landfill as a 21st Century recreational resource for the citizens of New York. DPR, through their lead Master Planning firm, Field Operations, Inc., retained Geosyntec to design Schmul Park with an eye towards innovative, forward-thinking low impact development (LID) designs to minimize stormwater impacts to the surrounding environment. The plan is to convert the current aging asphalt-dominated park into a new playground including a spray park, porous handball and basketball courts, porous walkways, a rain garden, and new open green spaces.

Our designs will result in 100% capture and infiltration of most stormwater events. For example, we predict that our designs will result in the reduction of off-site flow by 88% during the 10-year (5.1 inch) precipitation event. Rainfall events of less intensity will be captured completely by the LID features and infiltrated. The results will improve conditions in the nearby receiving stream by reducing flood flows during and following rainfall events and by providing a more natural base flow to the receiving water throughout the year. This stormwater system attempts to mimic the pre-development hydrology prior to the land disturbance from the creation of the former park.

Geosyntec is part of a multi-disciplinary team of planners and designers that is currently developing a new Master Plan for redevelopment of the Fresh Kills Landfill. Schmul Park is the first completed design and construction project for the planned recreational improvements to the landfill. Mayor Michael Bloomberg presided over the groundbreaking ceremony for the start of construction by stating, "When construction is finished in the fall of 2011, Schmul Park will serve as a stunning gateway to the larger park we're creating at Fresh Kills," (Staten Island West Shore News). The $6.5 million Schmul Park officially opened to the public on October 4, 2012.