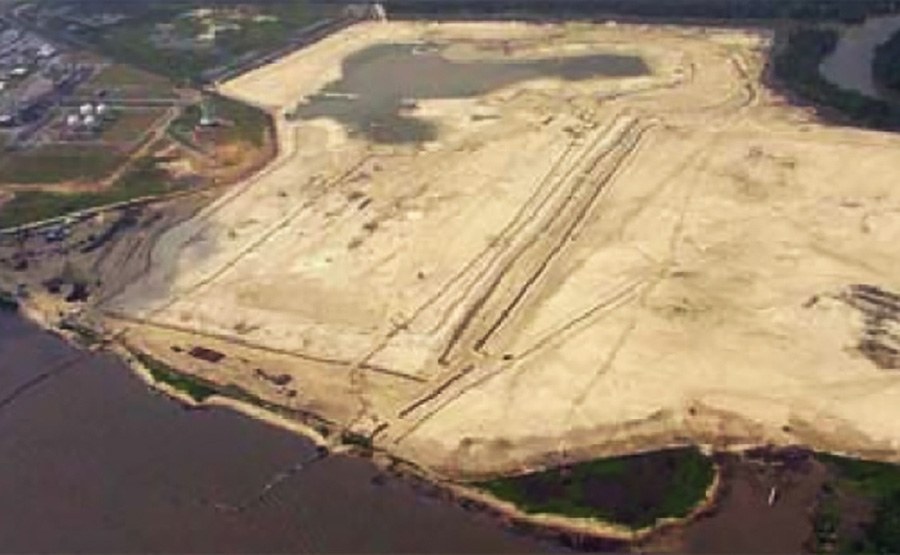 A gas-to-liquids project involved construction of a new facility over a thick, soft clay site in West Africa's Niger Delta region. The facility consists of numerous large diameter tanks, processing facilities, and a wharf area. The project's original geotechnical consultant performed extensive site investigation and laboratory testing, and developed a complex site preparation approach involving tightly spaced wick drains (7,000 km of wick drains), placement of 3 million cubic meters of sand fill surcharge dredged from a source 135 km from the site, and groundwater drawdown for additional temporary surcharge. Given the complexity of the approach, the remoteness of the site, and the potential schedule and cost implications if the site preparation program did not progress as planned, the owner engaged Geosyntec to perform a geotechnical peer review on the owner's behalf.

Geosyntec received multiple assignments in support of this project, including:

Based on Geosyntec recommendations, revised foundation strategies in the tankage areas are estimated to have saved more than$3 million in piling costs. Implementation of the recommendations from the troubleshooting review increased the rate of sand fill settlement. Additionally, Geosyntec provided on-site engineering support during installation of site foundations to assist the owner and the implementation contractor in achieving the design intent at this critical remote site.