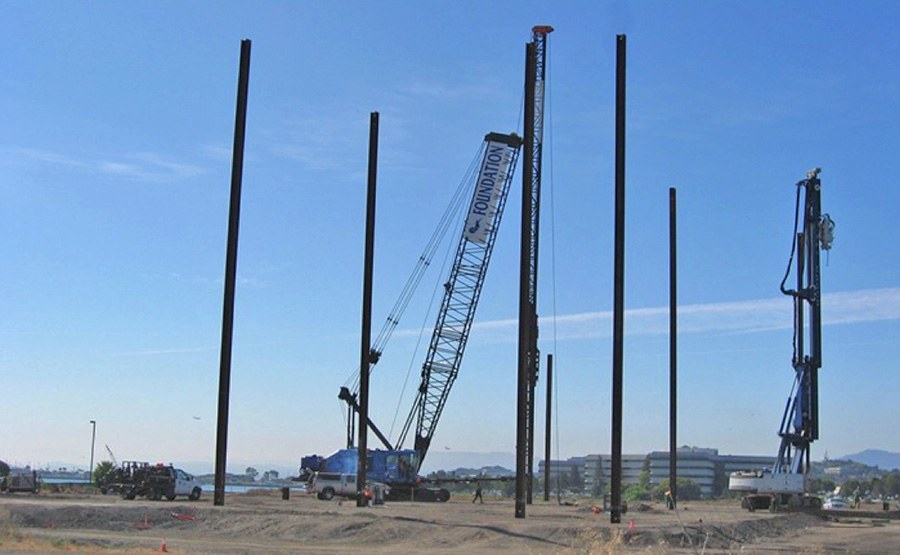 The site is an approximately 23-acre, undeveloped parcel in an area of office buildings, hotels, and the Brisbane Marina. Subsurface conditions include fill and refuse material, thick compressible clay deposits, and underlying alluvium and bedrock. The overall site development plan consists of the construction of five, three- to four-story buildings, a multilevel above-ground parking garage, surface parking, and miscellaneous site improvements, including pavements, landscaping, and utilities. Site development is anticipated to begin in 2012, with construction of the first buildings planned 2013.

Geosyntec's scope of work to date has included:

At a site where there is potentially more steel below ground than above, optimization of pile capacity through the testing program has reduced the number of piles needed for axial capacity by maximizing the load associated with each pound of steel in the ground and produced a significant cost savings to our client. Geosyntec's settlement estimates are being used by the design team to develop phasing and utility plans for the site that will allow for long-term operations while the site potentially settles over the design lifetime.