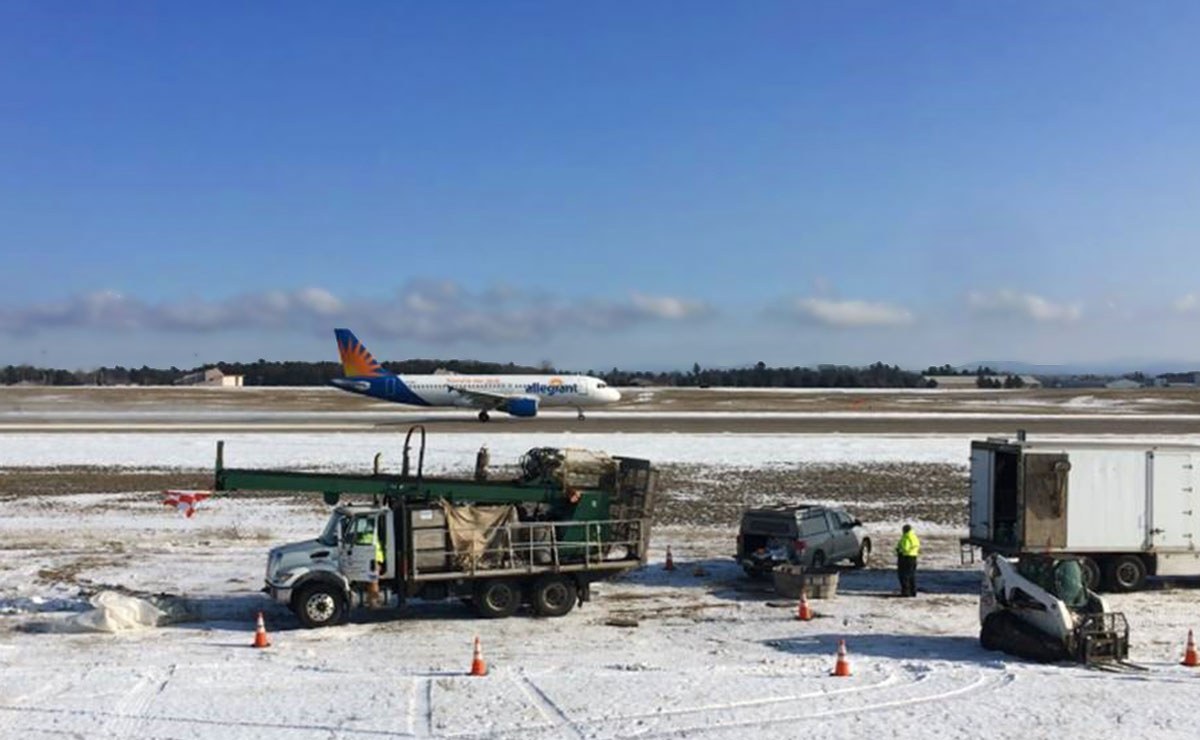 Plattsburgh Air Force Base is a former U.S. Air Force base in upstate New York on the shore of Lake Champlain. Although the base closed in 1995 under the Base Realignment and Closure Program, the airfield remains active as a civilian airport and industrial complex.

Like many bases around the country, training and actual firefighting activities at the facility involved the use of firefighting foams. Some of the constituents of these aqueous film forming foams (AFFF) were per- and polyfluoroalkyl substances (PFAS), a family of thousands of persistent man-made compounds that are rapidly emerging as potential hazards to human health and the environment. Geosyntec was retained as a technical subconsultant for an environmental investigation of PFAS impacts to soil, surface water, and groundwater at the base, the goal of which was to further characterize the previously identified on-site PFAS impacts and evaluate their potential off-site migration. The Air Force ultimately wants to determine the potential for a completed pathway between the on-site impacts and off-site detections.

Geosyntec began by reviewing the existing conceptual site model (CSM) that had been prepared by a previous consultant to address data gaps and delineate the extent of PFAS contamination. This involved implementing a field drilling event in shallow and deep aquifers to collect soil, groundwater, and surface water samples and analyzing them for PFAS compounds and other constituents. The data collected from this investigation are being used to further refine the CSM and build a 3-D hydrogeologic flow and solute transport model to improve understanding of subsurface conditions. A second round of drilling and multi-media environmental sampling is scheduled to further delineate the potential pathways of off-site PFAS migration identified during the first field event.

Geosyntec's support of site characterization efforts, both on-base and off, are an important step in our being able to help the Air Force determine if there is any connection between past on-site releases of PFAS and detections in off-site receptors. These data will inform our CSM with the goal of determining whether there is a completed pathway between the on-site impacts and off-site detections.