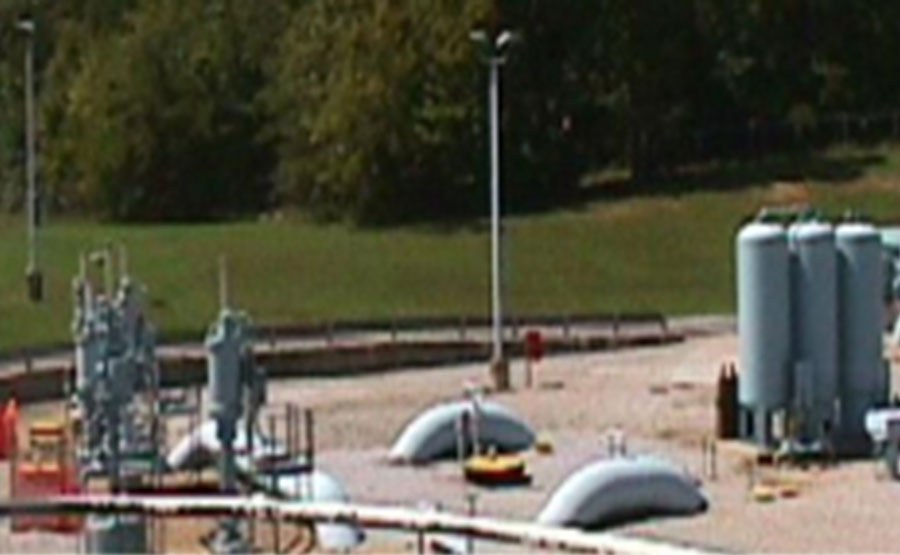 At the Colonial Pipeline Gaffney booster station site, the overburden and bedrock aquifers beneath the site have been impacted with dissolved petroleum hydrocarbons associated with historical operations and spills at the facility. A methyl tertiary butyl ether (MTBE) and benzene plume had migrated to both the north and the south part of the site because of the groundwater divide near the spill area. Colonial retained Geosyntec in 2001 to provide site remediation consulting services.

Geosyntec completed a Corrective Action Plan (CAP) Addendum which was filed with South Carolina Department of Health and Environmental Control (SCDHEC) in 2002. The CAP Addendum specified an air sparging fence that included 18 sparge wells located at the facility's downgradient northern boundary. The air sparging fence is currently providing over 90 percent mass reduction of the hydrocarbons in the fractured bedrock aquifer. As part of the sparge system design, a soil vapor extraction (SVE) system has also been installed in the vicinity of the north sparge fence to capture the off gases from the air sparge wells. Geosyntec prepared an Underground Injection Control (UIC) permit application which we submitted to SCDHEC for the air injection to the wells. As part of the CAP Addendum, a stream remediation system was installed, consisting of three riprap cascade. These have been effective at reducing MTBE and benzene in the north stream. Subsequently, Geosyntec installed four sparge wells along the south property line to remediate the benzene plume moving to the south of the facility. Geosyntec has also been providing groundwater monitoring reports since 2001, and has successfully convinced SCHEC to go from semiannual monitoring to annual monitoring at the site.