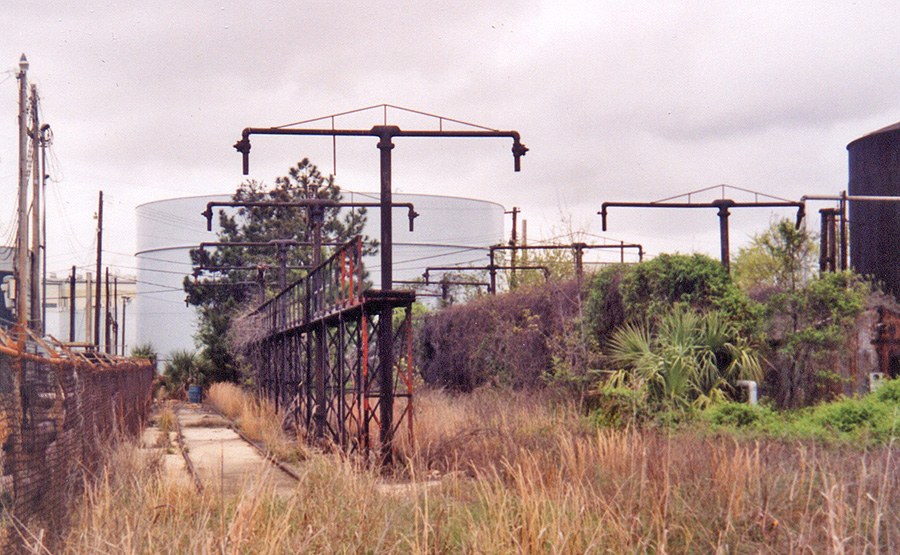 The Bernuth-Lembcke site is a 3.5-acre parcel of land situated in an industrial setting near the Savannah River in Savannah, Georgia. The site PRPs include Norfolk Southern Railway (NS) and Honeywell. The site was formerly used for the transfer and storage of creosote from barges to storage tanks and trucks and rail tank cars since the 1930's. Creosote and creosote products are present in the subsurface soils, and, in places, have accumulated as non-aqueous phase liquid (NAPL) pools atop hydrogeological confining layers. Creosote product and hydrocarbon sheen have been released from the site subsurface soils into a nearby box culvert that drains to the river.

The presence of creosote product and elevated concentrations of PAHs in soil and groundwater require corrective action under Georgia Hazardous Site Response Act (HSRA). A Compliance Status Report (CSR) and Corrective Action Plan (CAP) were originally prepared for the site in 1998 by others. In 1999, NS retained Geosyntec after the Georgia Environmental Protection Division (GA EPD) issued a notice of deficiency (NOD) for the CSR and CAP.

Geosyntec identified ecological receptors of concern in the study area via surveys of available habitat, animal observations, and signs of animals such as tracks, nests, middens, droppings, etc. We determined that upland areas posed little risk to terrestrial receptors due to lack of wildlife habitat and known low concentrations of COPCs. As determined by ecological screening criteria and areas of known COPC concentrations, we selected fish, amphibians, and raccoons as assessment endpoints in the evaluation. Geosyntec also described an unusually diverse community of amphibians for the wetland site via on-site ecological surveys. We documented no threatened or endangered plants or animals on or near the site.

Geosyntec subjected sediments to arsenic speciation analyses to determine whether available concentrations of oxidized arsenic would pose a higher ecological risk in a reduced state during periods of wetland inundation. We also subjected surface water and sediments from areas of higher COPC concentrations to aquatic toxicity testing.