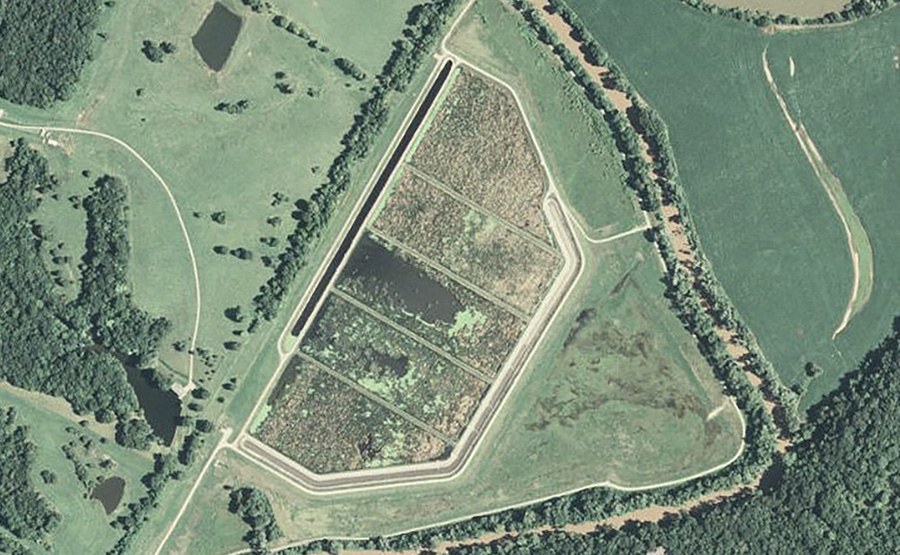 The City of Columbia, Missouri sought to upgrade and expand the City's regional wastewater treatment plant capacity from 20.6 million gallons per day (MGD) to 25.2 MGD. The treatment plant consists of an activated sludge mechanical plant followed by a 4-unit, 23-cell constructed treatment wetlands for additional removal of biochemical oxygen demand (BOD) and total suspended solids (TSS). The treatment wetlands system has been in operation since 1994. Geosyntec, in coordination with Black and Veatch Engineers, conducted an assessment of the treatment wetlands to confirm if an upgrade to the wetlands system needed to be included in the plant expansion project. The City also wanted to verify the extent to which natural attenuation of bacteria and ammonia was occurring through the wetlands system. These data would be used to predict bacteria density and ammonia concentrations in the expanded plant effluent for comparison to Missouri water quality criteria.

Geosyntec's services included monitoring, permitting and regulatory negotiation, and bacteria and ammonia decay modeling. Geosyntec developed and implemented a sampling and analysis plan which was conducted over a 12-month period. The plan was integrated into a Quality Assurance Project Plan (QAPP) submitted to the Missouri Department of Natural Resources (MDNR) at the beginning of the project. Geosyntec collected treatment performance data for the following parameters: BOD, TSS, ammonia, nutrients, E. coli, flow, pH, and temperature. Biweekly data were collected for each of the four wetlands treatment units and data from each of the 23 cells was collected during four intensive monitoring events. Geosyntec also measured sediment and water levels to determine if effective liquid holding capacity had been diminished by settled solids.

The wetlands data were used to demonstrate that the constructed wetlands were performing satisfactorily and did not need to be included in the treatment plant upgrade. Geosyntec presented E. coli data to MDNR which demonstrated that natural disinfection could be sufficient to meet future bacteria criteria that may apply to the discharge. We negotiated favorable permit conditions which include additional bacteria and ammonia decay modeling. Geosyntec obtained an approved MDNR antidegradation review for the plant expansion. The project was one of the first antidegradation reviews conducted in Missouri. The review included an innovative ambient monitoring approach to demonstrate compliance with ammonia and dissolved oxygen in the Missouri River.