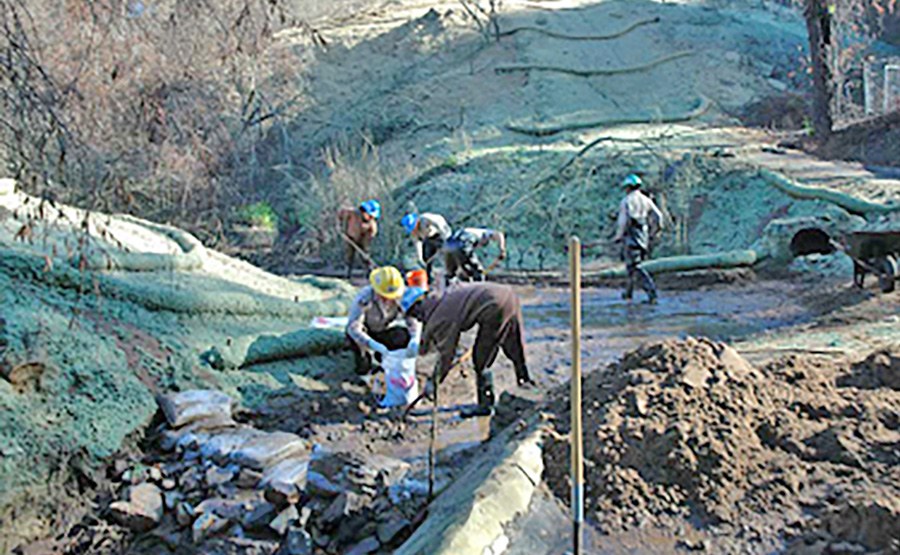 By using innovative design techniques and a strategic approach to prioritization, Geosyntec completed this massive project in less than four months. This rapid response proved to be instrumental in mitigating vulnerabilities, as demonstrated when several large storm events inundated the burned areas during the project's implementation phase and tested the resilience of the protective measures. Geosyntec's early identification of high priority sites and implementation of protective measures resulted in no homes in burned areas being damaged by mudslides or debris flows, and no evacuation routes being closed for a significant time during several large rainstorms. The efforts of the County and Geosyntec personnel on the 2007 Firestorm Emergency Flood/Erosion Protection Project were recognized with receipt of the "Award of Excellence" presented by the American Society of Civil Engineers San Diego Chapter.