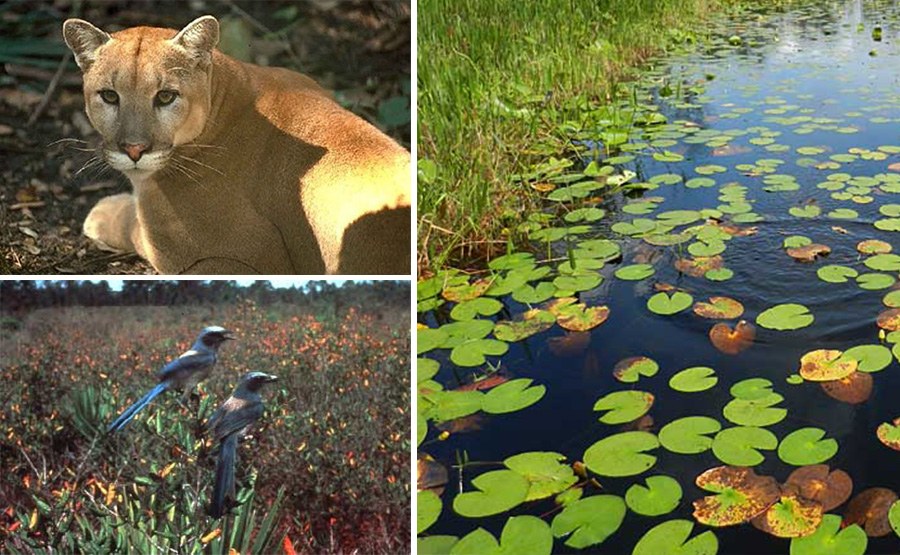 Abutting the Atlantic Ocean and Central Florida's Banana and Indian Rivers, the John F. Kennedy Space Center is home to a diverse mix of federally and state-listed species and nearly 140,000 acres of diverse wetland and upland habitats, including mangroves, mudflats, salt, cattail, and freshwater marshes, pine flatwoods, oak hammocks, and cabbage palm savannas. As the United States' primary space vehicle launch site, KSC has a long history of balancing its commitment to the environment with its core mission, which often entails the use of hazardous materials. This core mission is supported by a broad mix of uses on KSC grounds, including traditional industrial operations, alongside numerous administrative facilities, educational and recreational facilities, and sensitive ecosystems.

Over the last 15 years, with oversight from the United States Environmental Protection Agency and the Florida Department of Environmental Protection, KSC has undertaken an ambitious program to identify locations throughout the facility where hazardous materials may have been released to the environment, and to take actions to quantify and mitigate any risks to human or ecological receptors.

Our efforts at KSC have included the authorship of several key risk assessment program documents, as well as 33 baseline human health risk assessments and 18 ecological risk assessments, covering the gamut of contaminants present at KSC - chlorinated solvents, PAHs, PCBs, and heavy metals, as well as the various common and less commons receptors that are present - numerous listed species, as well as construction workers, children, and potential future residents.

As the most long-standing consulting member of KSC's Remediation Team, in the last 13 years Geosyntec crafted the strategy and direction of KSC's risk assessment program and the approaches used by all of its consultants in this program. Our services have helped NASA tailor and streamline their risk assessment processes through the use of innovative strategies such as refinement of sampling and analytical strategies, use of streamlined human health and ecological screening procedures, and the development and use of statistically-based reference values for KSC's drainage swales and citrus groves.

Geosyntec obtained regulatory approval for the use of KSC-specific exposure scenarios such as the "groundskeeper" and "trespasser", providing a more realistic basis for evaluating human health risks at KSC than FDEP's default cleanup target levels. As a further process improvement, we worked collaboratively with USEPA, FDEP, US Fish & Wildlife, and NOAA personnel to develop KSC-specific ecological receptors, exposure criteria, and screening values, all of which are presently in use at KSC. These site-specific values replaced USEPA's more conservative values and resulted in fewer KSC sites having ecological risk concerns after the initial data screening step.

Geosyntec's numerous contributions to KSC's risk assessment program have shortened the time-frame for completing risk assessments and resulted in substantial cost savings for the program.