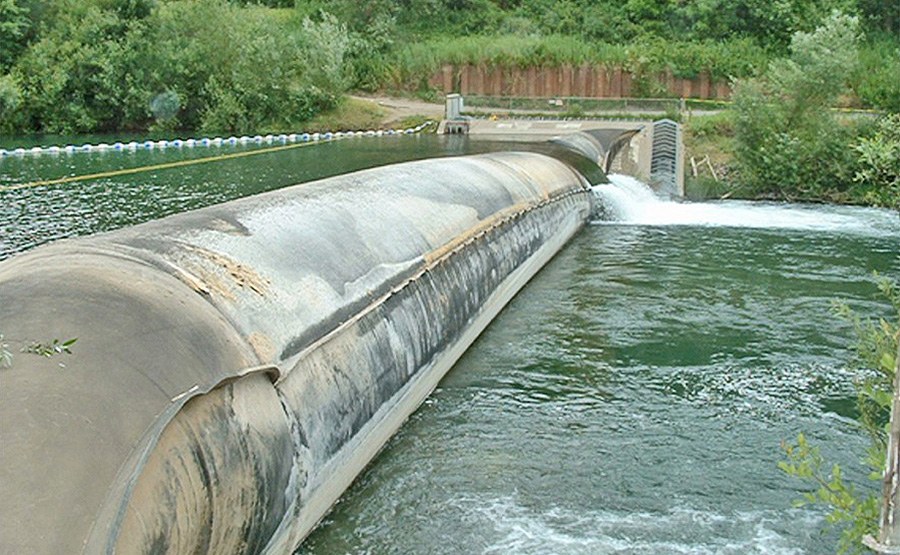 The Sonoma County (California) Water agency is a wholesale purveyor of water to nine public entities in Sonoma and Marin counties serving a total population of 600,000 people. The agency uses its transmission system to divert approximately 62,000 acre-feet per year from the Russian River, its main water source, and has a goal of diverting 75,000 acre-feet per year by 2014. The agency initiated a comprehensive reliability improvement program because they recognized that the water system is located in an area of numerous potential natural hazards such as earthquakes, floods, wildfires, and landslides, and that portions of the system are aging and were not designed to withstand the imposed demands, especially those imposed by earthquakes. The agency selected MMI Engineering, a Geosyntec operating company, to complete a multi-year, multi-hazard reliability assessment and mitigation program for the water supply and transmission system.

The initial phase of work included a preliminary reliability assessment of all components of the water system (extraction wells, aqueducts, pump stations, storage tanks, etc.). All components of the system that might significantly impact reliability were visited during this phase of the project and scored for vulnerabilities arising from earthquake, flood, fire and other potential hazards such as tornadoes, high winds, etc. Extensive data on major hazards such as liquefaction, landslide, ground shaking, fire, flood, corrosion potential, and debris flow, were collected and mapped onto the agency's system using GIS. While the hazard from flooding and wildfire is significant within Sonoma County, earthquakes were the predominant hazard identified in this study. The agency's service area is located in an area of high seismic hazard due to the presence of several major seismogenic faults within a 20 mile radius. The primary hazard to the agency's water system is from the Rodgers Creek fault that cuts through Sonoma County and the agency's service area. It has been estimated by the Working Group on California Earthquake Probabilities to have a 27% chance of a Magnitude 6.7 or greater earthquake in the next 30 years. Such an event will likely cause breaks in a number of the agency's transmission lines, especially the 36-inch Santa Rosa aqueduct that crosses the fault in the City of Santa Rosa.

The second phase of work included a more comprehensive reliability assessment using the water system hydraulic model. The purpose of this phase was to estimate the probabilities of providing the agency's level of service goals to each of its contractors by performing a serviceability analysis using Monte Carlo simulation. This resulted in a refinement of the hazard maps developed in the first phase and more detailed engineering assessment of the agency's collectors and tanks. At the completion of the second phase, our team assisted the agency in developing its Capital Improvement Program. Additional second phase activities included detailed engineering assessment (detailed geological and structural site reconnaissance) of water storage tanks and an assessment of Rodgers Creek fault deformation zone. The geological investigations included identification of potential landslides, potential for ground motion amplification due to subsurface conditions and topography effects. The structural reconnaissance included measurements of tank shell thickness using an ultrasonic testing device and identification of piping configuration details that can be damaged during strong ground shaking. A detailed analytical assessment of the dynamic response of each tank was performed. Mitigation schemes for tank retrofit were developed at the conclusion of the analytical assessments.

Our work allowed the agency to prioritize system maintenance and upgrades based not only on service life but also reliability in the event of a natural disaster. Our team provided the first comprehensive assessment of potential system failures resulting from such catastrophic events and developed a series of mitigation measures that could be programmed into the agencies budgeting process.