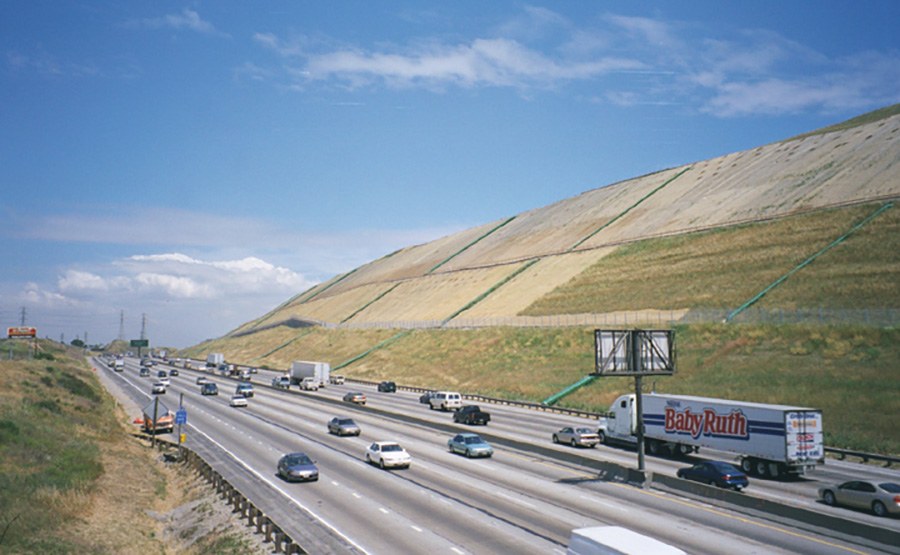 The 190-acre Operating Industries, Inc. (OII) Superfund Site is an inactive landfill site, about 10 miles east of Los Angeles, that for 30 years until 1984 received solid waste, and for a limited period, also accepted hazardous liquids. Parts of the landfill have steep slopes and waste up to 320 feet deep. The Site was placed on the National Priorities, or Superfund, List in 1986, and the U.S. EPA has referred to OII as "one of the most contaminated sites in the country." The entire Site is in an area of high seismic exposure and is immediately adjacent to residential neighborhoods, a commercial shopping complex, and the heavily-used Pomona Freeway. More than 20,000 people live within three miles of the Site. The U.S. EPA, under multiple Consent Decrees, required the PRP Group to implement a prescriptive full RCRA cap for the landfill and a traditional pump and treat system for hydraulic control and remediation of the groundwater. The cost estimate for this remedial method was $330 million. The PRPs then began looking for a more cost-effective alternative to the capping and groundwater treatment system. Any alternative method had to not only be more cost-effective, but it also had to be fully protective of human health and the environment.

Geosyntec began by conducting a detailed characterization of the existing cover and waste mass to design a new evapotranspirative cover system that uses soil and vegetation to limit percolation, control erosion, and is stable for static and seismic conditions. To accomplish this, Geosyntec designed and constructed an innovative piece of testing equipment to test the intrinsic strength of the waste. We used data from this equipment in our engineering analysis that demonstrated to the satisfaction of the U.S. EPA-appointed "blue-ribbon" panel that the waste mass was stable under the anticipated seismic loads. The data was also used to develop a technical approach that involved soil removal and replacement with stabilizing geogrids on steep slopes to mitigate the potential for seismically-induced cover deformation. Once the panel accepted Geosyntec's analyses, the U.S. EPA dropped consideration of a large retaining wall that was estimated to cost upwards of $100 million in favor of the evapotranspirative cover.

In other areas of the Site, Geosyntec's hydrogeologic study found that groundwater flow from the landfill was not in a radial pattern as previously thought, but rather, due to complex folds and fractures in the bedrock, was focused towards discrete areas of the landfill perimeter. This discovery allowed our client to rely on a far more limited groundwater pump and treat system to control contaminated groundwater than had been previously contemplated by the U.S. EPA.

The evapotranspirative monocover that Geosyntec designed at the OII Superfund Site was the first such cover system in the country approved at a Superfund landfill. The estimated cost savings represented by this innovative cover system, along with the modifications for which we were able to advocate to the landfill gas treatment system and the groundwater pump and treat system, amount to over $200 million compared to the original prescriptive remedial methods. In addition, our innovations and industry firsts remain fully protective of human health and the environment. By engaging federal and state regulators every step of the way throughout the investigation, design and implementation process, Geosyntec was able to obtain their support for our methodologies, and they agree that our system is fully protective. In fact, the U.S. EPA states on the project's web site that, "the threat to residents' health and the environment has been greatly reduced."