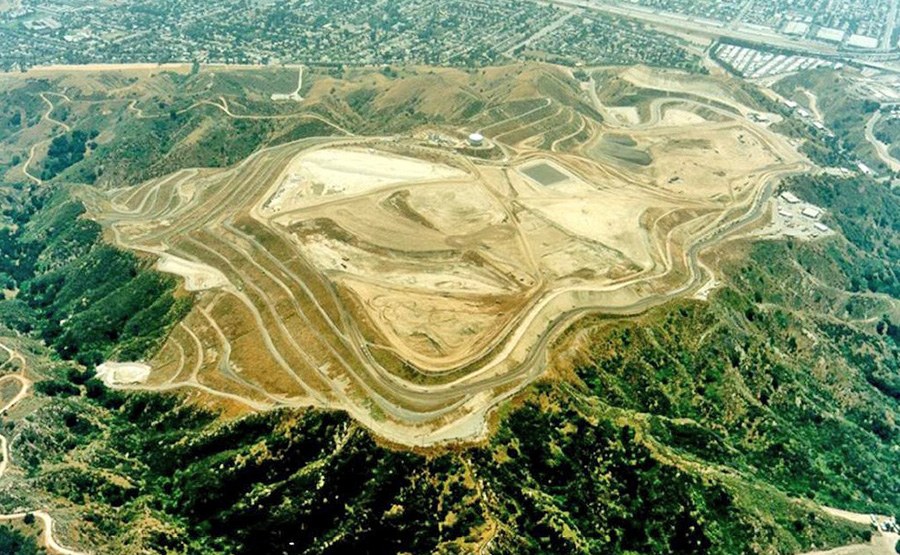 The Lopez Canyon Sanitary Landfill is a 400-acre, cut and cover, canyon-fill landfill, with several different individual disposal areas totaling over 160 acres in the foothills of the San Gabriel Mountains. The landfill, with a capacity of just over 19 million tons of waste, operated from October 1975 to July 1996. Geosyntec has been on-site at Lopez Canyon since 1992, providing a variety of multi-discipline engineering, design and other support services to the client.

Geosyntec began working at Lopez Canyon on an emergency basis by redesigning the liner system, prepared by a previous consultant, for one of the disposal areas after construction had already started on the first phase of the design. The Los Angeles Regional Water Quality Control Board (RWQCB) required the redesign after informing the City that the liner system under construction did not meet Subtitle D standards.

After the facility reached its permitted design capacity, Geosyntec's role grew into one of optimizing site uses and providing innovative and alternative design services. For closure of portions of several of the disposal areas, Geosyntec proposed the use of an innovative engineered monolithic soil cover based upon our industry leading expertise on alternative cover system design. Our proposal was to qualify the existing interim cover as final on the slopes of one disposal area, and to design new covers for others. Geosyntec also designed a 20-acre composting facility that will produce 300 tons of compost per day when in full production. We also designed the pavement system for a helipad built directly on top of one of the disposal areas that was so well received that the asphalt pavement cover was even approved by the RWQCB as an alternative cover.

Geosyntec has provided a wide range of construction support services at Lopez Canyon, including a Quality Assurance/Quality Control (QA/QC) plan, quantity and cost estimates, and detailed construction scheduling. We assisted the City in locating sources of low-permeability soil for a prescriptive cover, provided CQA services for facility closure as well as for liner system construction, including the placement of a complex liner system on a 90-meter high canyon wall with very steep slopes.

Geosyntec's regulatory support services have including advocating for the use of green waste as alternative daily cover, and we provided support for the extension of a conditional use permit (CUP) from 1996 to 2001. We prepared final closure and post-closure maintenance plans to accommodate changes to the cover designs such as an alternative cover on steep slopes and a gas collection system beneath a geomembrane cap. We provided public hearing support for California Environmental Quality Act (CEQA) document preparation for the partial closure of two disposal areas and closure of another. Geosyntec also prepared a training manual and provided training to City personnel on groundwater sampling protocols, and presented a half-day seminar on the design, construction, and maintenance of alternative final covers.