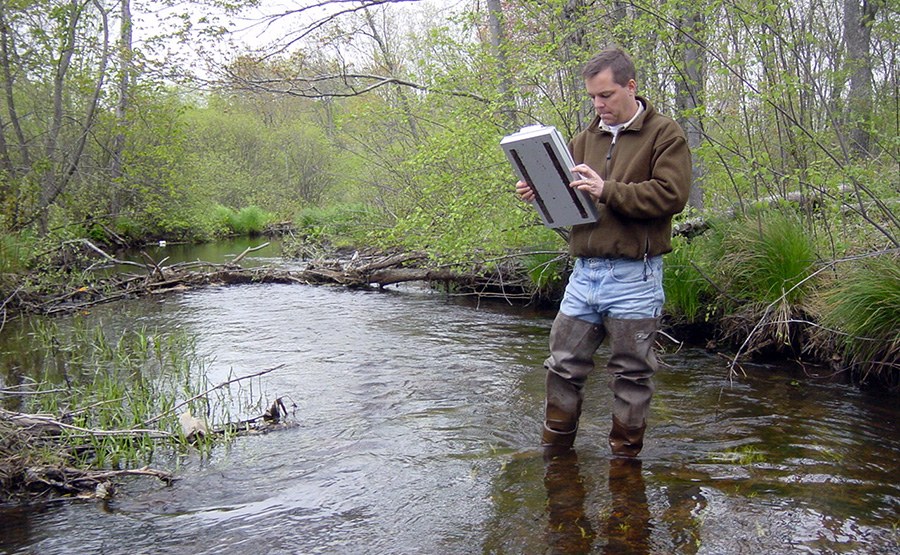 The Chicopee River watershed drains more than 720 square miles of central Massachusetts before joining the Connecticut River, and includes all or part of 39 cities and towns with a combined population of about 200,000. The Massachusetts Riverways Program (Riverways), an office within the Massachusetts Department of Fish and Game, established two goals for the Chicopee River watershed project. The first goal was to obtain baseline data and assessments of 15 "degraded" streams and one high quality "reference " stream. The second goal was to pilot test the applicability of the Rapid Stream Assessment Technique (RSAT) to Massachusetts streams. The RSAT method had originally been developed by the Metropolitan Washington Council of Governments for use in Montgomery County, Maryland. One of the reasons that Riverways chose the Chicopee River watershed was that it contains a wide variety of stream types and habitats, ranging from heavily urbanized areas with highly degraded streams to very rural areas with relatively undisturbed streams "? conditions that would truly test the RSAT applicability to Massachusetts streams.

Geosyntec began by compiling and assessing existing data on pollutant loads for all 44 subwatersheds within the Chicopee River watershed. We used this information to rank each stream with regard to the level of degradation from the pollutant loads, and prioritized the 15 degraded streams and one reference stream for further field investigation using the RSAT method.

Geosyntec conducted visual assessments, biological monitoring, and water quality monitoring to evaluate the streams for qualities such as channel stability, channel scouring/sediment deposition, physical in-stream habitat, water quality, riparian habitat and biological indicators such as macroinvertebrates. Geosyntec then developed a stream assessment database to store all of the field data using an integrated mapping-grade Global Positioning System (GPS) connected to a ruggedized "pocket" computer to record stream assessment information. We used the GPS unit to accurately field-locate features such as storm drains, pollutant sources, erosion problem areas, fish barriers and other observations, and then loaded the pocket computer with database tables and RSAT field data forms. This allowed field staff to record data on-site for each of the six stream evaluation categories.

Geosyntec provided Riverways with a comprehensive field assessment of the 16 streams and prepared a Degraded Streams Survey for the Chicopee River Watershed. The final report included the results of each stream assessment, a ranking of relative stream impairment, information on probable or known contributors to the stream impairment(s), and all field data.

Geosyntec also provided Riverways with an overall evaluation of the RSAT methodology for future use as a stream assessment tool in Massachusetts. We demonstrated that RSAT can be used to quickly and reliably evaluate differences in stream habitat conditions. Our report documented that RSAT can be used to evaluate baseline conditions and can provide a reliable, quantitative standard upon which to compare future changes in stream habitat. However, we also found that it had some limitations in that it is not well-suited for low energy streams.