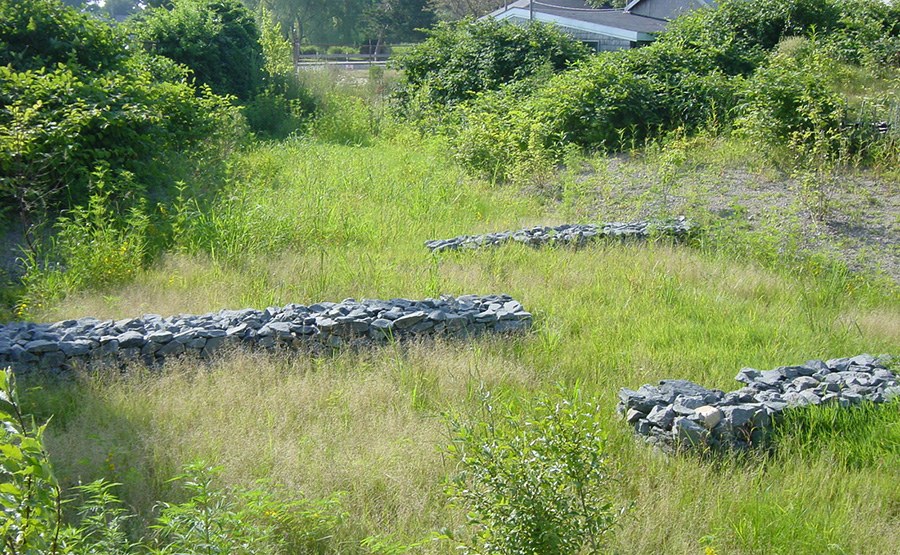 Shellfishing is a major recreational and commercial industry in southeastern Massachusetts. Among the many threats to its continued viability is contaminated stormwater runoff. In the Plymouth Harbor watershed, traditional stormwater collection and discharge systems were directing contaminated runoff directly onto the shellfish beds from both point and nonpoint sources (e.g., parking lots, roofs, playing fields, etc.). As a result, fecal coliform bacteria, total suspended solids, petroleum hydrocarbons (oil and grease), and metals posed significant threat to the Plymouth Harbor shellfish communities.

The Town of Plymouth proposed to address the issue of contaminated stormwater runoff by source controls at selected locations throughout the watershed. The Town indicated a strong preference for the use of low impact development (LID) approaches that incorporate on-site infiltration and passive treatment methods. The Town's goal was to selected a consultant who could apply LID approaches in ways that would improve water quality in Plymouth Harbor to the point that native shellfish habitats were no longer threatened.

The Town of Plymouth selected Geosyntec to design and implement stormwater management strategies in three watersheds currently served by piped discharges to Plymouth Harbor. These watersheds were selected because of their documented contribution of bacteria to the Harbor. Geosyntec's approach involved applying a number of different LID technologies such as bioretention areas, water quality swales, planter boxes, and a terraced biotreatment area in order to enhance the natural infiltration of stormwater runoff and improve effluent water quality.

For example, our use of vegetated bioretention cells and planter boxes reduced stormwater volume, decreased peak discharge, and provided high levels of pollutant removal. These were both used to capture roof and road runoff from the town hall and associated areas, allowing the contaminated stormwater to infiltrate into the ground for passive treatment before discharging into the harbor.

Geosyntec also incorporated a terraced bioretention cell into the design of a slope adjacent to a middle school soccer field. Our design funneled road runoff through a variety of engineered structures under the slope, allowing the stormwater to be naturally filtered of bacteria before discharging into the harbor.

Due to the very steep slopes from which stormwater runoff is entering Plymouth Harbor, Geosyntec's LID techniques are slowly being brought on line by the Town in order to allow the plantings to become firmly established. However, our implemented designs have already produced significant reductions in bacteria counts within the Plymouth Harbor's shellfish beds.