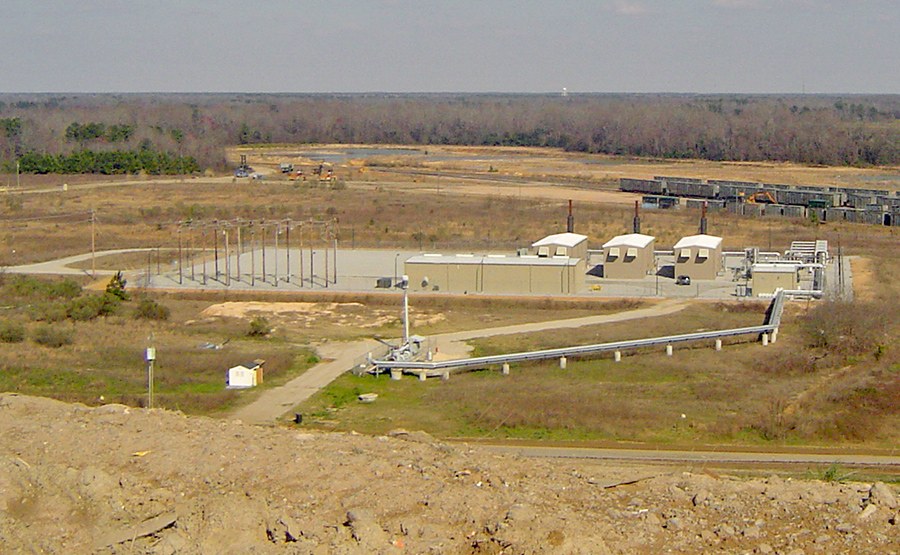 Santee Cooper, a leading supplier of electricity in South Carolina, established a "green power" generation portfolio goal of 54 MW of electricity from operating landfill gas to energy (LFGE) projects by the end of 2009. The process involves identifying, quantifying, qualifying, and securing a contract for the gas source, and then constructing the generation equipment and connection to the power grid.

Santee Cooper retained Geosyntec to assess the gas generation and recovery capacity of the candidate landfills based on detailed operational data obtained from the landfill owners/operators and their design consultants. Our team collected, refined, and updated waste records such as site capacity, annual waste acceptance rates, and significant waste streams that would affect gas generation. Once Geosyntec staff had reviewed the existing data, our team of engineers and scientists conducted site visits to fill in any data gaps and evaluate the individual site conditions including the status of any existing gas collection and control system (GCCS). For sites that had an operating GCCS, the system build-out and performance were evaluated along with well field and flare/gas plant data. Based on the analysis of collected data and site visits, Geosyntec engineers prepared gas generation curves.

Geosyntec further evaluated regulatory requirements, owner/operator procedures and policies, and other drivers to estimate recoverable landfill gas potential and likely GCCS build-out over time, using actual GCCS system data to revise the recovery projections where possible. Taking both the gas generation and GCCS build-out estimates, 20-year landfill gas recovery rates were developed. The landfill gas generation and recovery curves along with the relevant data and assumptions were compiled into an report for each site.

Based on Geosyntec's findings, Santee Cooper is well on their way to achieving their "green power" generation goal. Out of the ten sites under consideration, Santee Cooper has successfully brought 5.5 MW of electrical generation capacity online at one site, is in construction at another site, and undergoing negotiations at a third with several others under consideration. Two of the sites had existing contracts with Santee Cooper, which have potential for additional production beyond the 8.4 MW already provided. Geosyntec was also able to also assist two sites with below-predicted gas generation make GCCS enhancements to improve performance. This enabled Santee Cooper to obtain the necessary gas quantity and quality to match their generation equipment investment. It also allowed the landfill owner-operator to have the revenue stream needed to offset their infrastructure improvements made to maintain the gas supply, and to meet their environmental regulatory compliance objectives.