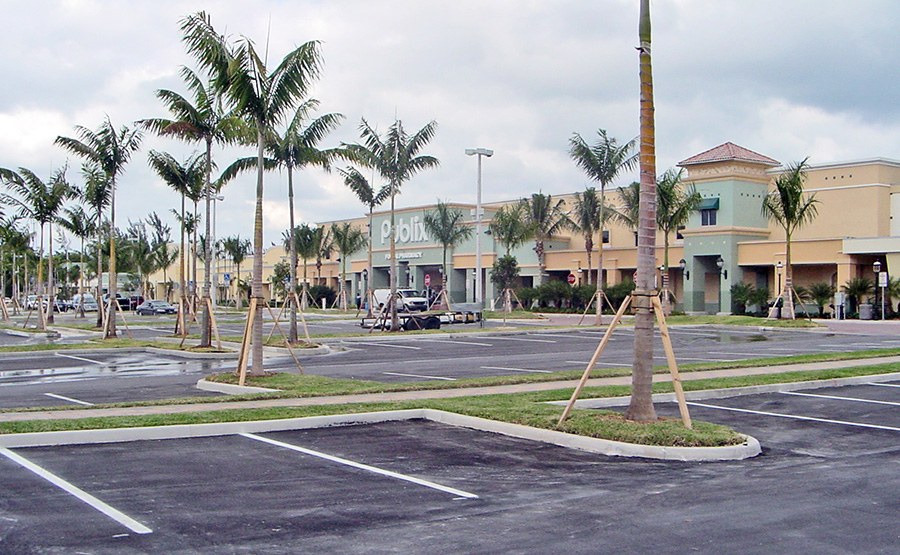 The 12-acre Biscayne Commons site was originally part of a "mosquito marsh" along the upper end of Biscayne Bay. In the early 1970s, the site became a source of fill material during the South Florida coastal development boom of that period. During the latter part of the decade, the site (locally identified as the Pace Landfill) became an uncontrolled dump for construction debris and solid waste. The site was also impacted by potential off-site groundwater contamination issues associated with the 290-acre, immediately adjacent Munisport Landfill site "? a former NPL site. With the resurgence of property development activity in the 1990s, the site was targeted for redevelopment with the goal of transforming the site into a commercial/retail center anchored by a major retail tenant. Taubco Development, through its legal advisor, charged Geosyntec with developing a geotechnical engineering and environmental regulatory compliance strategy to make the site available for use as a commercial property.

Geosyntec's approach included development of a systematic site assessment strategy that addressed air, soil, and groundwater contamination issues and the Florida Department of Environmental Regulation (FDEP) requirements for closed landfill sites. We also developed strategies for leveraging Brownfields site development initiatives that could favorably impact the financial profitability of the project. Geosyntec assisted the owner and legal counsel by preparing the technical components of the Brownfields site development assistance application, securing designation as a Brownfields Area by the City of North Miami Beach, and finalizing a Brownfields Site Rehabilitation Agreement between Biscayne Commons LLC and the City. As the project moved forward, Geosyntec worked with other design and construction members of the Biscayne Commons development team to prepare a comprehensive site planning, permitting, and construction package for a 120,000-square foot retail center anchored by a major southeastern U.S. retailer with space for other retail and commercial interests.

Throughout the development of this project, Geosyntec applied its engineering expertise to design and construction elements of the project. For example, Geosyntec applied its expertise in deep dynamic compaction to improve subsurface conditions for foundation design and construction. Geosyntec's experience with the design and construction of structures on solid waste was applied to design the complex pile supported foundation system which bridges the soft, void-filled, debris layer just below the ground surface. Geosyntec also worked with the project team to incorporate a state-of-the-practice soil vapor detection and extraction system (based on Geosyntec's patented process) into the foundation design as a protective measure for future tenants.

Geosyntec worked with the Miami-Dade County Department of Environmental Management (DERM) throughout their evaluation of the design, particularly the soil vapor detection and extraction system as well as the groundwater monitoring network. Soil vapor and impacted groundwater were the key issues at this site for DERM because of the presence of wastes disposed at the site and the potential presence of impacted groundwater associated with the adjacent Munisport Landfill site. By inclusion of Geosyntec's proven soil vapor detection and extraction system, the project team was able to secure DERM's approval for site redevelopment suitability.

Working with the Taubco Development and its legal counsel, Geosyntec identified a funding source to address many of the environmental issues that had previously limited the redevelopment potential of the Biscayne Commons site. By entering into the Florida Brownfields Site Rehabilitation program, the economics of site redevelopment became much more attractive to Taubco. By applying specialized expertise in soil vapor mitigation technology, Geosyntec was able to provide the project with a cost-effective engineered solution that allowed DERM to permit the site for commercial development. Geosyntec's understanding of the Brownfields program and of the appropriate remediation technologies for the site allowed Taubco to achieve its goals for commercial development of the Biscayne Commons property.