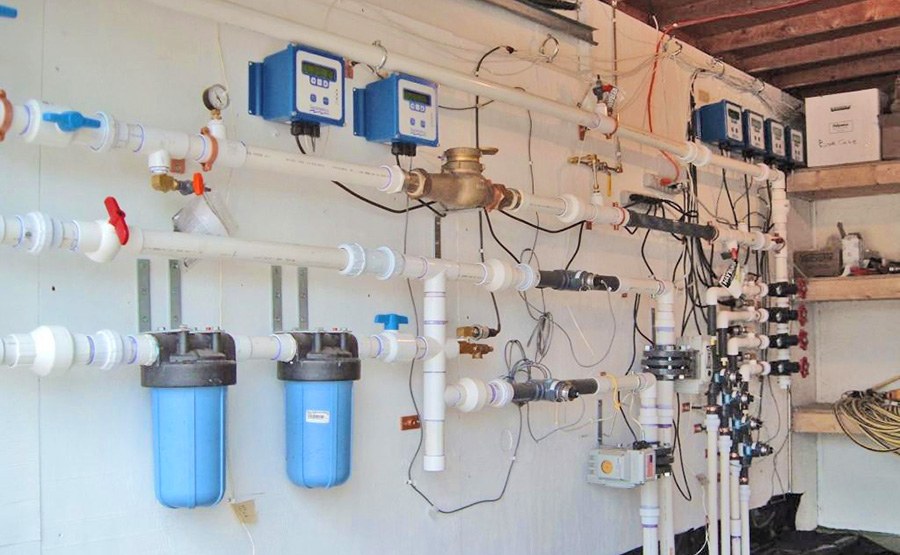 Enhanced In Situ Bioremediation of Groundwater Impacted by Chlorinated Solvents at Intensol, LLC Site
« All Projects

Groundwater below this four-acre former manufacturing facility was contaminated primarily with PCE and TCE, presumably from historic releases at the site, resulting in the shutdown of three municipal supply wells. One of these supply wells, located approximately 3,000 feet from the site, had been retrofitted with an air stripper in the mid-1990s to limit migration of the groundwater plume. The State accepted a pump and treat remedy to address the source area below the former plant after previous contractors had attempted air sparging and chemical oxidation without success. Intesol's goal was to accelerate the time to closure relative to the pump and treat remedy by identifying alternatives for source area remediation; determining if those alternatives could be implemented quickly; preventing natural groundwater flow from carrying source area contaminants towards the downgradient supply wells; and remediating site contaminants.

The first steps in the process were to achieve hydraulic control of the source zone and create anaerobic and reducing conditions in the aquifer, both of which Geosyntec was able to accomplish within five months. Once the right conditions were achieved, Geosyntec injected KB-1, a naturally occurring bacterial consortium containing strains of Dehalococcoides ethenogenes, into the aquifer to degrade the contaminants to non-toxic end products such as ethene and chloride. Within a few months, concentrations of PCE and TCE decreased significantly, with corresponding increases in concentrations of daughter products, indicating that in situ bioremediation was occurring. The system will continue to provide hydraulic containment until remediation targets have been achieved throughout the source area.

Geosyntec's remedy has controlled the off-site migration of contaminated groundwater, and successfully treated site soils and groundwater to achieve remediation targets. PCE and TCE are now being completely reduced in the bioactive zone to ethene, and concentrations of CVOCs in groundwater have decreased to below drinking water standards over more than one-half of the site.

Geosyntec was able to implement our innovative remedy so quickly due to a number of factors, not the least of which was our ability to negotiate credibly with regulators to achieve approval of the remedy plan, including approval to re-inject contaminated groundwater and augment it with non-native bacteria. We were also able to integrate enhanced site investigation with system installation and provided turnkey, in-house engineering design and fabrication of a mobile, automated treatment trailer, saving many months of costly on-site labor.

Due to the success of remediation to date, the City has received authorization from the State to reactivate the on-site municipal supply well that has been inactive since the late 1980s due to contamination. Geosyntec is currently discussing the terms for regulatory site closure with the state. We anticipate that our bioremediation remedy will achieve site closure for our client in less than five years, as opposed to 30 or more years of operation for the conventional pump and treat system, saving millions of dollars in treatment, operation, and maintenance costs.