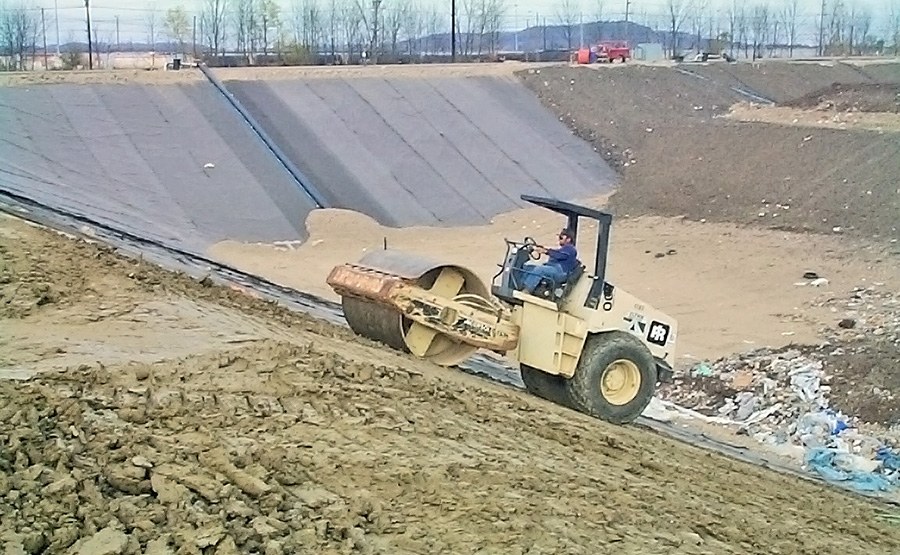 Waste Management of Kentucky, LLC (WMK) owns and operates the Outer Loop Recycling and Disposal Facility in Louisville, Kentucky. The facility primarily serves the Louisville metropolitan area, and is the largest municipal solid waste landfill in Kentucky, based on both tonnage and total disposal capacity. The existing conditions at the 780-acre site prior to Geosyntec's involvement included seven physically-distinct individual waste disposal units (some lined, others unlined).

The property between the landfill units was comprised of wetlands, utility easements, a stream, and access roadways. By 2000, the existing facility had less than seven years of remaining waste disposal capacity, and WMK was considering the feasibility of a landfill expansion. The objective of an expansion was to stay within the current property and buffer set-backs, and maximize the increase in landfill disposal volume (airspace) to the extent practicable based on physiographic constraints, technical feasibility, and cost-benefit of the gained airspace. Groundwater beneath the site also exhibited localized impacts due to historical site operations. This necessitated development of a groundwater corrective action plan concurrently with the expansion permitting process. In addition to the state solid waste disposal permit, seven additional permits at the federal, state, or local level were required to secure approval for the landfill expansion.

Geosyntec served as the lead consultant for permitting (federal, state, and local) and design of the landfill expansion. From the beginning, we recognized that the biggest engineering challenges were related to expanding in between and over existing landfill units, some of which were unlined and predated RCRA Subtitle D. Each existing unit had its own independent operating features (leachate collection, stormwater management, landfill gas management, groundwater monitoring well network, etc.), which presented challenges to extending and integrating the components in a set of facility-wide systems. The project was further complicated because portions of the property considered for expansion did not meet all of the regulatory siting criteria due to the presence of wetlands, floodplains, insufficient buffer distances from the property boundary and utilities, a high groundwater table, and a nearby major international airport. Geosyntec developed several conceptual designs and evaluated the cost-benefit and feasibility of different landfill expansion scenarios. After working with the client to select the preferred expansion scenario, Geosyntec's efforts focused on detailed design to solve the aforementioned challenges and demonstrate that applicable environmental performance standards would be met. To address concerns about groundwater impacts at the site, a 3-D groundwater flow model was used to predict groundwater conditions at the site over time as development progressed. The model was also used to develop a groundwater monitoring plan and a groundwater corrective action plan for the site. The corrective action plan included a system of underdrains and withdrawal pumps that slightly lowered site groundwater levels thereby producing an inward gradient of groundwater flow around the site perimeter.

Geosyntec's innovative design and rigorous technical demonstrations resulted in regulatory approval of the expansion at Kentucky's largest landfill. Geosyntec's design maximizes the airspace gained by the expansion while remaining cost-effective and practical to construct, operate, and close. Conceptual design estimates at the outset of the project predicted 40 to 45 million cubic yards of additional waste disposal airspace could be generated by the expansion. Geosyntec's final approved design realized a gain of over 56 million cubic yards of airspace. This represents substantial additional site life and revenue compared to the target objectives, while lowering the unit cost of waste disposal.