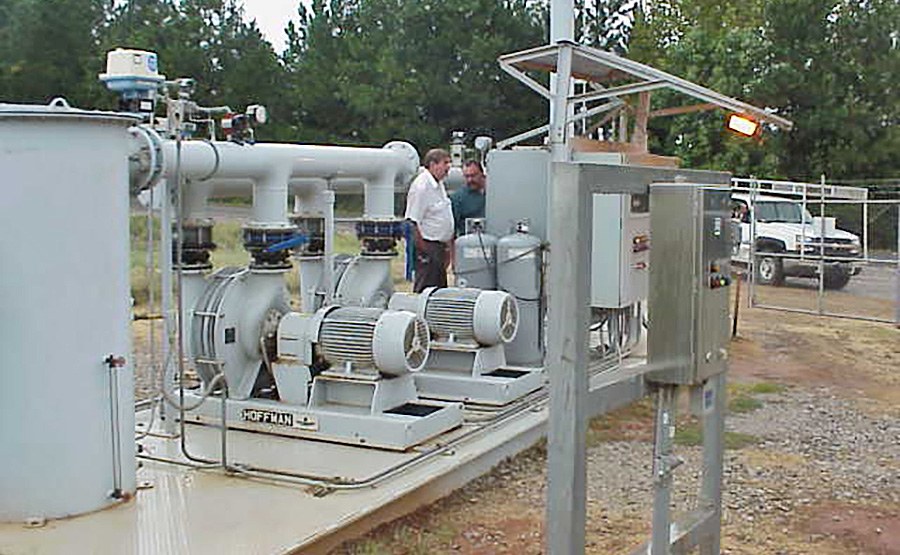 DeKalb County, Georgia, part of the urban core of metropolitan Atlanta, owns and operates the Seminole Road Landfill which has been accepting municipal solid waste since the 1970s. In accordance with Georgia Environmental Protection Division (EPD) regulations, the County has been conducting groundwater, surface water, and methane monitoring at the landfill. Monitoring data showed landfill gas to be migrating from an unlined area causing concentrations of some groundwater contaminants to rise above groundwater protection standards despite the presence of an existing gas collection and control system (GCCS) and a gas perimeter collection system (PCS) to manage landfill gases at the site. DeKalb County established two primary objectives to improve their landfill gas management program: (i) achieve continuous compliance with respect to methane migration and groundwater quality; and (ii) use the generated gas as fuel for a 3.2 megawatt (MW) landfill-gas-to-electricity (LFGTE) project that was designated to become the first supplier in a power company's green power portfolio.

For the LFGTE project, Geosyntec worked closely with the County to secure the required environmental permits and facilitate the design/build procurement process. Geosyntec prepared air permit documents for submittal to Georgia EPD, provided technical support to County staff at public hearings, and prepared responses to comments from Georgia EPD and the public. Working with County legal and purchasing departments, Geosyntec prepared the draft request for proposal (RFP) and contract documents for the LFGTE design/build process. Geosyntec assisted the County in implementing its procurement process by distributing of the RFP to potential bidders, conducting a pre-bid meeting, and preparing and issuing responses to questions received from bidders. During the LFGTE facility construction, Geosyntec provided oversight on behalf of the County to bring the LFGTE project into full operation.