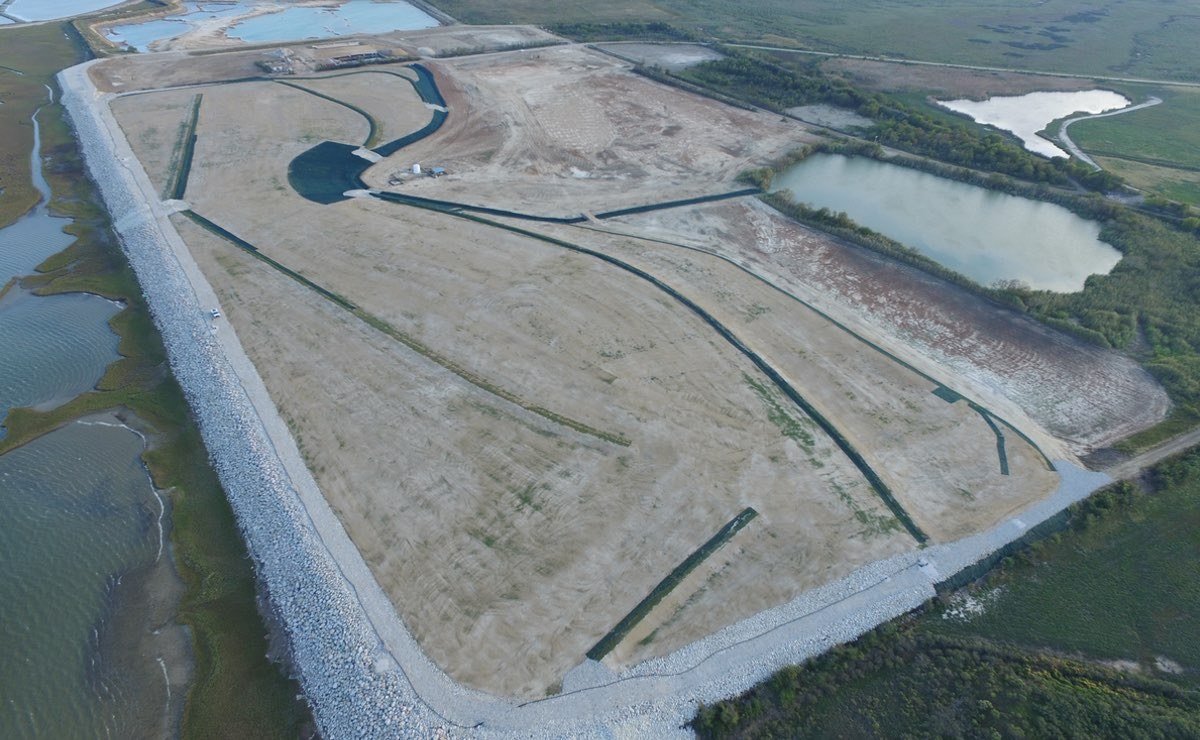 The Malone Services Company Superfund Site is situated in a lowland area along Galveston Bay, Texas bordered by open water of the bay and adjacent wetlands and marshes. Hurricanes have demonstrated the vulnerability of coastal infrastructure to storm surge flooding.

Sea level rise has the potential to amplify this flood risk. The Record of Decision (ROD) for this superfund project included solidifying on-site oily wastes and disposing of them into a planned RCRA Subtitle C equivalent cell. An existing hurricane levee surrounds the entire site. The project objective was to complete a technically sound remedial action in accordance with the ROD that would perform adequately and with minimal maintenance for the long-term. As part of this, the responsible parties wanted to understand the risks of levee damage and overtopping during various storm events and accounting for future seal level rise. Further, the responsible parties wanted to consider whether the levee and RCRA cell needed additional armoring to protect against damage from wave action.

To assess storm surge and wave run-up, Geosyntec used our experience conducting a damage assessment on a neighboring landfill site following Hurricane Ike combined with published storm surge simulation models (e.g., by the National Oceanic and Atmospheric Administration (NOAA)) for different hurricane tracks, intensities, and forward speeds. We also used other published observations regarding storm surge and wave heights at nearby weather stations and buoys during past hurricane landfalls. From this, we identified the worst-case hurricane track that would affect the site location and calculated the wave height and wave run-up elevation predicted at the site. The analysis supported decisions by the responsible parties regarding risk tolerance and potential magnitude of damage. The outcome was selection of a "design hurricane event," and then Geosyntec designed a riprap armoring system for the portions of the levee and RCRA Cell most at-risk: the area exposed to the bay). The calculations were performed in accordance with the guidelines in the U.S. Army Corps of Engineers (USACE) Coastal Engineering Manual, and their manual on the Design of Coastal Revetments, Seawalls, and Bulkheads.

The levee armoring design and overall RCRA cell design package prepared by Geosyntec was approved by U.S. EPA, and construction has been completed. To provide protection from future sea level rise and storm surge events.