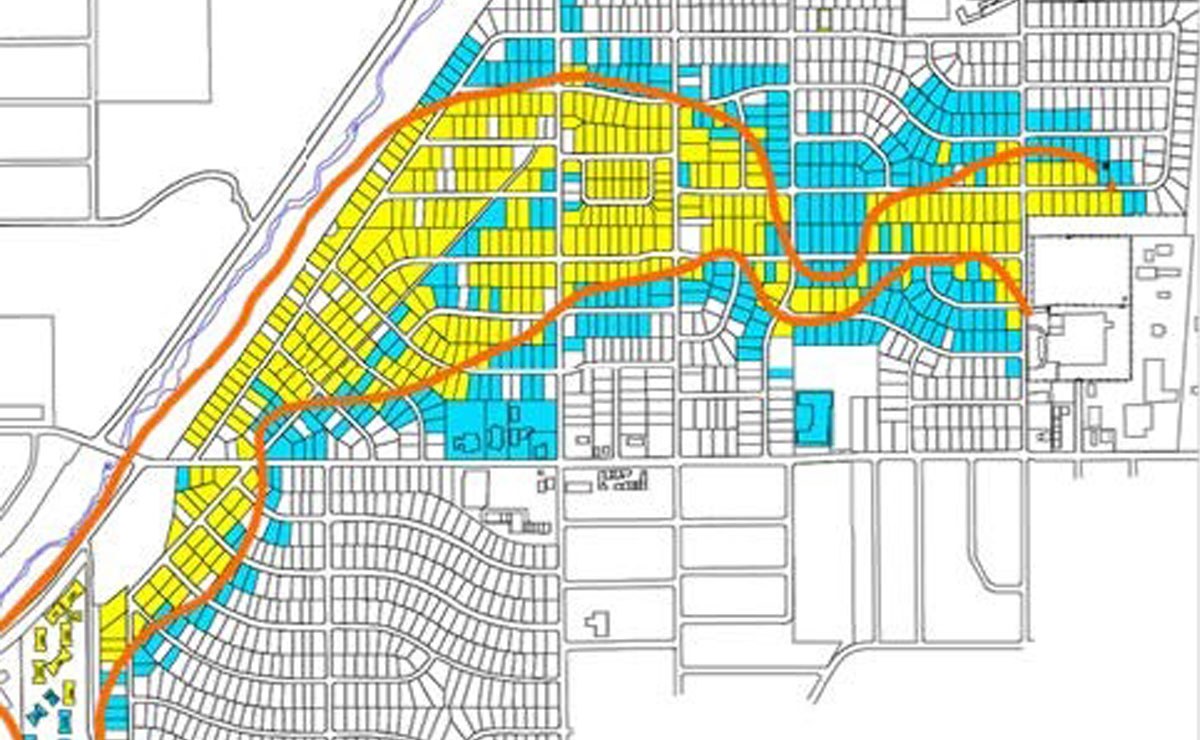 Historic releases of dense non-aqueous phase liquids (DNAPLs) at a manufacturing facility in Denver, Colorado resulted in a chlorinated solvent groundwater plume that extended more than two miles below a residential area.

Indoor air testing in homes immediately adjacent to the site indicated the presence of 1,1-dichloroethene (1,1-DCE) above the Colorado residential indoor air action level due to vapor intrusion (VI). The Colorado Department of Public Health and Environment issued an emergency compliance order that required testing and mitigation of all residential homes above the 1,1-DCE action level, delineation of the extent of off-site groundwater contamination, containment of the plume at the site boundary, and groundwater remediation. Geosyntec was retained by the property owner to implement the requirements of the compliance order which culminated in the evaluation and mitigation of the VI pathway at hundreds of residences.

As the indoor air sampling program expanded, the chlorinated solvent groundwater plume was delineated by targeted monitoring well installation based on indoor air testing results, reducing the number of monitoring wells required and associated costs. We utilized temporary soil gas probes to evaluate the potential for COC transport within subsurface preferential pathways throughout the residential area.

At the time the project began, the VI pathway was relatively unknown with little guidance or literature to guide investigation or mitigation. In fact, this site was one of the first sites that brought the VI issue to the attention of the USEPA, leading to the agency's draft VI guidance in 2002. Geosyntec successfully met the immediate objectives of the emergency compliance order and went on to complete indoor air testing of nearly 800 homes and mitigation of nearly 400 homes within three years. Since then, groundwater remedial actions have decreased COC concentrations by 95% in many areas of the plume and mitigation is no longer required at approximately 250 of the homes originally mitigated.

The knowledge gained through Geosyntec's testing and research has helped define the current state of the VI practice. Our engineers and scientists have become recognized experts in the field, assisting USEPA, state regulatory agencies, and other organizations with the development of guidance documents and addressing complex VI issues around the world.