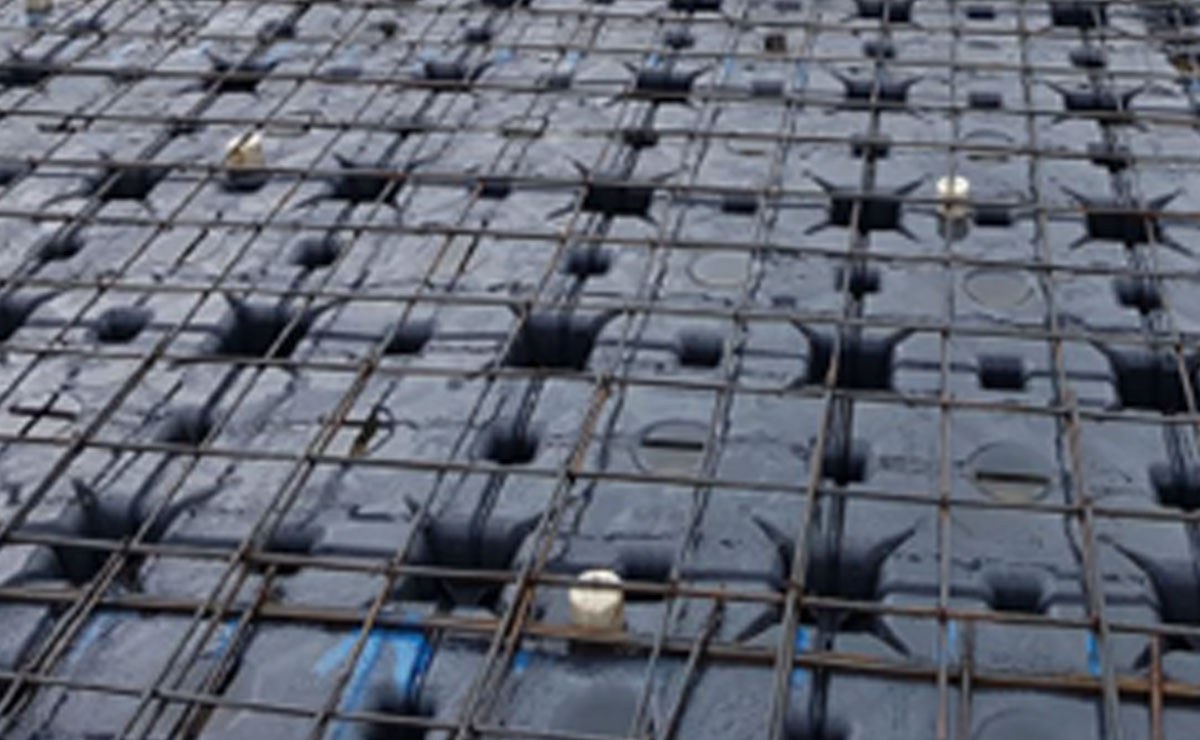 Vapor Intrusion Mitigation Systems at a Multi-Family Complex
« All Projects

Cupolex Building Systems (CBS) retained Geosyntec to design aerated floor vapor intrusion mitigation systems for seven buildings at a brownfield site in San Jose that had been used as a HUD housing development.

Because of that and previous land use at the site, there was a potential for vapor intrusion from subsurface contamination into indoor air. CBS’s client had selected aerated floor systems for the seven buildings located over the most contaminated portion of the site and traditional membrane/gravel/pipe systems for the remaining twelve. In addition to ensuring the health and safety of future residents of a planned multi-family residential complex, the objective was to ensure proper design and installation of the systems without the need for indoor air testing.

Geosyntec worked with CBS’s client’s architect to incorporate the vapor mitigation system components and specifications into the construction drawings, helping the architect address aesthetic and practical concerns regarding the placement of riser pipes, fans, and monitoring systems. During construction, Geosyntec and our Puerto Rico-based subcontractor observed the installation of the systems in 19 of the buildings (four traditional systems were already installed before Geosyntec arrived), including pipes, gravel, and membranes for traditional systems, Cupolex® forms for aerated floor systems, and stubbing of riser pipes. Construction flaws were observed and corrected, and the construction quality control process and post-construction testing verified the tightness of the floor slabs at the first-floor level.

After construction, Geosyntec confirmed the tightness of the sub-slab systems at the first-floor level by conducting sub-slab vacuum tests, temporarily placing the venting system under a vacuum, measuring vacuum levels across the building slabs, and observing any leaks. These data also allowed us to specify fans to depressurize the venting systems and prevent vapor intrusion. We also performed roof-level commissioning tests at the seven aerated floor systems and upon completion confirmed that these systems were operating as intended.

Geosynec was able to incorporate mitigation system components in construction drawings in a manner that met both architectural and construction concerns. Our construction inspection services allowed timely correction of system installation issues and we verified sub-slab system performance in all the buildings through state-of-the-art vacuum testing without expensive and time-consuming indoor air testing. In addition to being able ensure the health and safety of the residents, the developer was able to have the buildings ready to occupy and generate income in a timely manner.