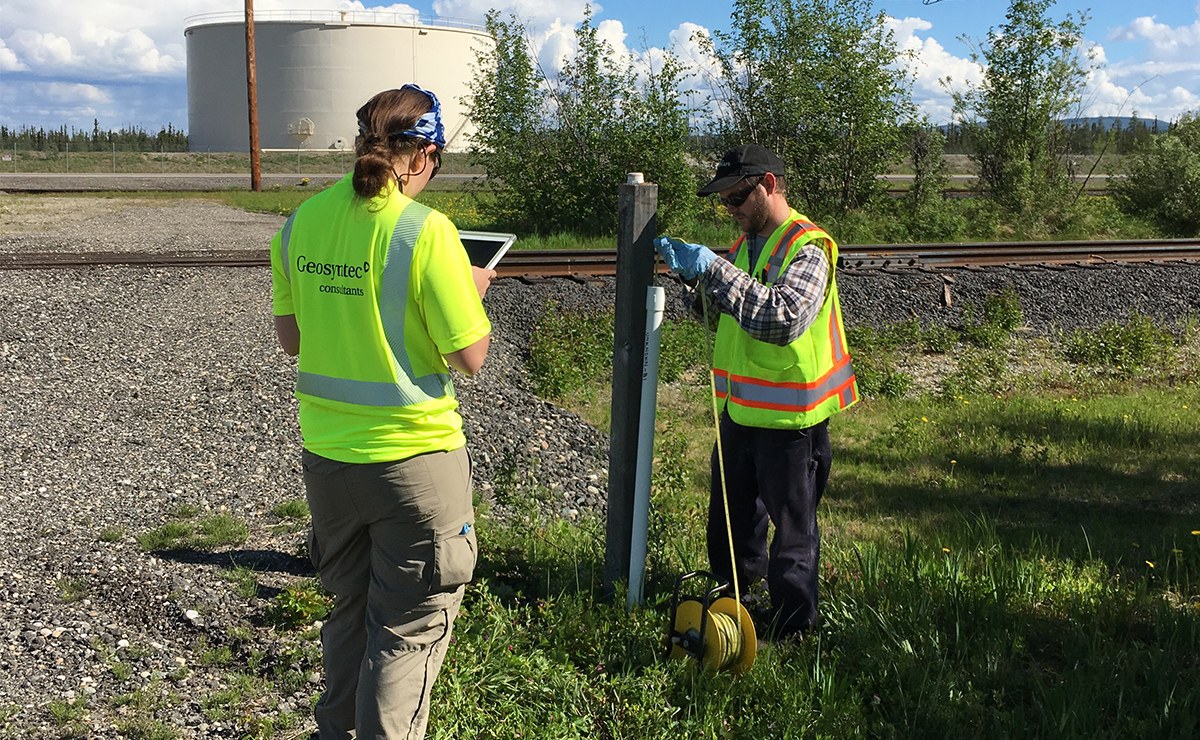 The United States Air Force Civil Engineer Center (AFCEC) required the development of a base-wide groundwater hydrology model to evaluate transport of per- and polyfluoralkyl substances (PFAS) in relation to known groundwater-use receptors at the Eielson Air Force Base (AFB).

Geosyntec provided technical support to Ahtna Engineering Services (Ahtna) and AFCEC in the construction and calibration of a numerical groundwater flow model using Modflow-USG to aid in the evaluation of known and suspected groundwater contamination from PFAS. Our services included the development of a base-wide conceptual model that incorporated the lithology, hydrogeology, and permafrost distribution in the area within and surrounding Eielson AFB. Lithology and permafrost data were compiled from a variety of sources such as the AFCEC Aministrative Record and Alaska Department of Natural Resources Well Log Tracking System, as well as documents obtained under the Freedom of Information Act. As part of the model calibration, information was gathered about local pumping wells and areal recharge to understand groundwater withdrawals and sinks. To gain a better understanding of discontinuous permafrost and the connection between supra- and sub- permafrost groundwater within the model domain, Geosyntec and Ahtha collected and evaluated groundwater stable isotope samples in collaboration with the University of Alaska Fairbanks.

Geosyntec developed a comprehensive database of well information, historical and recent groundwater and surface water level data, lithology, and permafrost data to serve in development of the model as well as future investigations. A mobile platform for recording well construction and condition information was developed and used to construct a comprehensive inventory of groundwater wells (abandoned and existing). The mobile app minimized documentation errors and improved data quality and integrity during sub-freezing field conditions. The inventory was used to select wells for decommissioning as part of the Eielson AFB installation monitoring program.

A numerical groundwater flow model was developed in MODFLOW-USG that encompassed over 90 square miles in and around Eilson AFB. The model was calibrated to simulate historical flow conditions and included a visual and statistical comparison of observed and modeled steady-state water level elevations, potentiometric contours and hydraulic gradients. Fate and transport simulations included 10- and 20-year projections of PFAS concentrations from known areas of PFAS release, and included multiple compounds with different fate and transport properties. The model was accepted by State and Federal regulators as a starting point for future remedial action investigations.