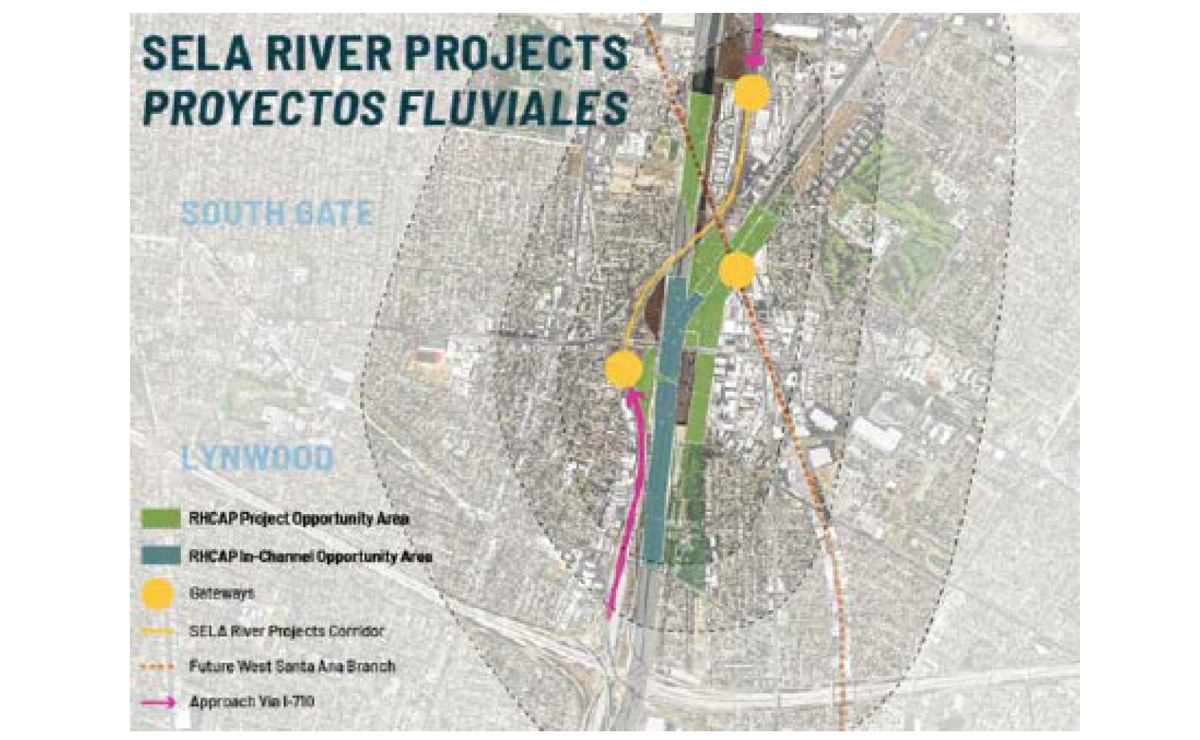 The Rio Hondo Confluence Area Project (RHCAP) is located in southern Los Angeles County, California, at the confluence of the LA River and Rio Hondo flood channels in the cities of South Gate, Lynwood, and Downey. The confluence area is made up of several potential project opportunities that can be phased in accordance with community needs and other planning efforts.

The project area was first identified as an area of high need in the LA River Index (LA River Index, 2016) and the Lower LA River Revitalization Plan (LLARRP, 2017) and is further defined as part of a “Major Project Zone” in the update to the Los Angeles River Master Plan (LARMP) in progress with an expected completion in late 2020. With a general lack of open space and limited tree canopy, these historically underserved, river-adjacent communities are densely populated with approximately 10,000 to 30,000 people per square mile, fragmented by infrastructure, and include neighborhoods that are identified as some of the most vulnerable to pollution and poor health outcomes in all of LA County. The potential projects at the Rio Hondo Confluence would increase park acreage by over 120 acres, many of which are “parks over structure” platforming over the LA River and Rio Hondo flood channels.

As the prime consultant and project engineer, Geosyntec is leading a team that includes OLIN for landscape architecture and urban design, Gehry Partners for architecture, and MKA for structural support. Geosyntec’s specific scope includes civil engineering (including drainage, grading, utility infrastructure, stormwater management, and detailed river hydraulic modeling), geotechnical and geo-structural engineering, and environmental engineering for the handling of the multiple brownfields located in the industrial corridor.

Overall, twelve distinct projects are contained in the RHCAP that were informed by an innovative digital public engagement process. Multiple projects may be undertaken at once or projects can be phased. Projects include LA River low-flow modifications for habitat improvement and educational opportunities, wetlands for habitat and water quality improvement, bridges for improved connectivity, multi-benefit parks and trails, and “parks over structure” spaces (large-scale bridge parks) to create new open space and foster connectivity, ecosystem function, recreation, and cultural resources while maintaining flood risk management benefits.