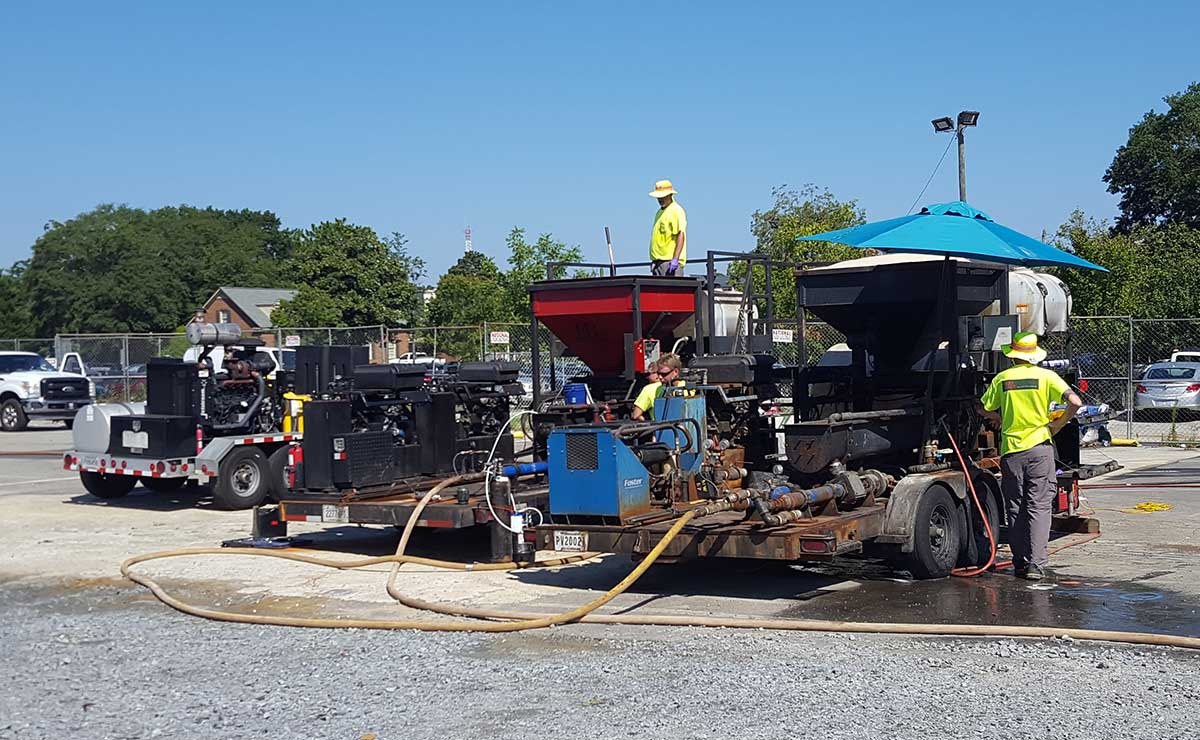 In Situ Remediation of CVOCs in Low-Permeability Zones
« All Projects

East Carolina University (ECU) purchased a former dry cleaner property as the prospective site of a new Life Sciences and Biotechnology building. Chlorinated solvent impacts had been identified in soil and groundwater, including a plume that extended well past the site boundary. ECU’s objective was to reduce long-term risks from the soil and groundwater contamination without impacting the aggressive schedule and constructability of their flagship new facility. Geosyntec developed a two-prong remedial approach that included targeted excavation of the shallow perched zone soils, and Direct-Push Technology Jet Injection (DPT-JI) of micro-scale zero-valent iron (mZVI) in the shallow, low-permeability aquifer. The work was completed within six months of award and provided both immediate and long-term reduction of environmental risk without impact to construction.

The limited excavation was focused on the former dry cleaner footprint (approximately 3,000 SF) to a depth of approximately 10 ft below ground surface (bgs). Approximately 1,400 tons of highly impacted material, primarily dense clay, was transported to a lined landfill for disposal. To address the remaining dissolved CVOC plume, DPT-JI was utilized to target impacts to the surficial aquifer between 12 to 27 feet bgs, by emplacing approximately 183,000 pounds of mZVI into 34 DPT injection points. Between 3 to 5 fracture intervals were created at each injection point, for a total of 117 fracture intervals. A slurry of mZVI and a carrier fluid (a gel-like thickening agent composed of guar gum) was created to promote the delivery of the solid mZVI material and to limit aggregation of the mZVI within the aquifer matrix. To enhance the breakdown of the guar gum and provide promote biodegradation of the CVOCs, KB-1® Plus bioaugmentation culture was incorporated into the slurry at each injection point.

Performance monitoring events conducted 6, 12, and 18 months after injection indicate that the remedies have resulted in greater than 96% reduction in PCE when compared to the pre-remedial investigations, with strong indicators that both biotic and abiotic degradation pathways are occurring. The combined excavation and ZVI injection remedies have resulted in a significant reduction in PCE mass both within the perched zone of the former dry cleaner footprint, and in the surficial aquifer impacts downgradient of the source area. This project was completed and did not interfere with construction activities for the Site. While target remedial objectives have been met for the Site, the durability of mZVI in the subsurface is expected to promote further degradation of remnant CVOCs, thereby limiting the future need for vapor mitigation within the new structures and limit further off-property migration of CVOCs.

Geosyntec performed a time-critical, bulk reduction of chlorinated solvent impacts prior to construction and redevelopment activities. The combined remedy resulted in significant, immediate reductions in the chlorinated solvent concentrations (over 96%), and the emplacement of mZVI will provide years of passive, continuous remediation while construction of the Life Science building is completed.