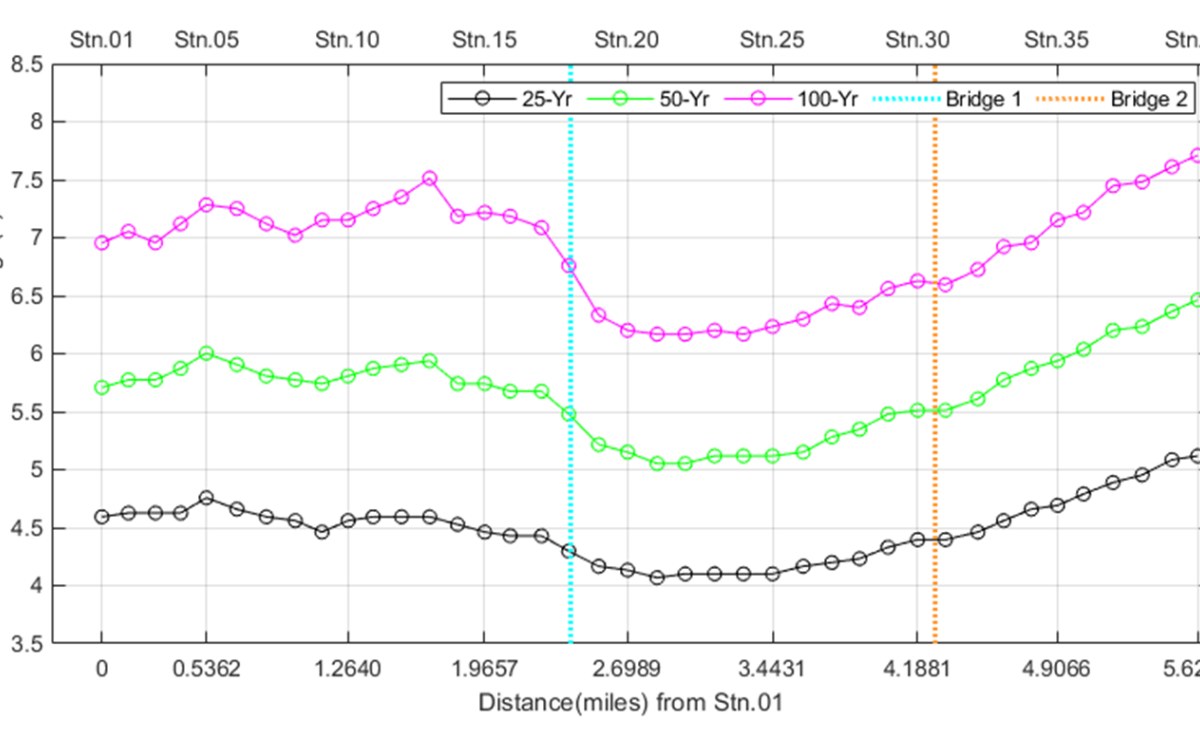 As part of a multidisciplinary team, ATM, a Geosyntec company, performed a study for St. Johns County to evaluate future flooding risks on the San Sebastian River, a tidal tributary near St. Augustine, Florida.

First, the resolution in the existing FEMA model was insufficient to resolve the channel geometry and two critical bridge causeway structures that impede storm surge as it travels upstream. Second, examination of the stillwater elevations along the river used for FEMA’s flood maps indicated that the model results were not used upstream of the first bridge structure, missing nearly two-thirds of the system, and not accounting for the impacts of surge flow through the small causeway openings. The simulations also identified the significance of the storm track and the timing of offshore surge coupled with local wind set up.

ATM’s end product was a more robust assessment of the risks of surge in the tidal tributary.