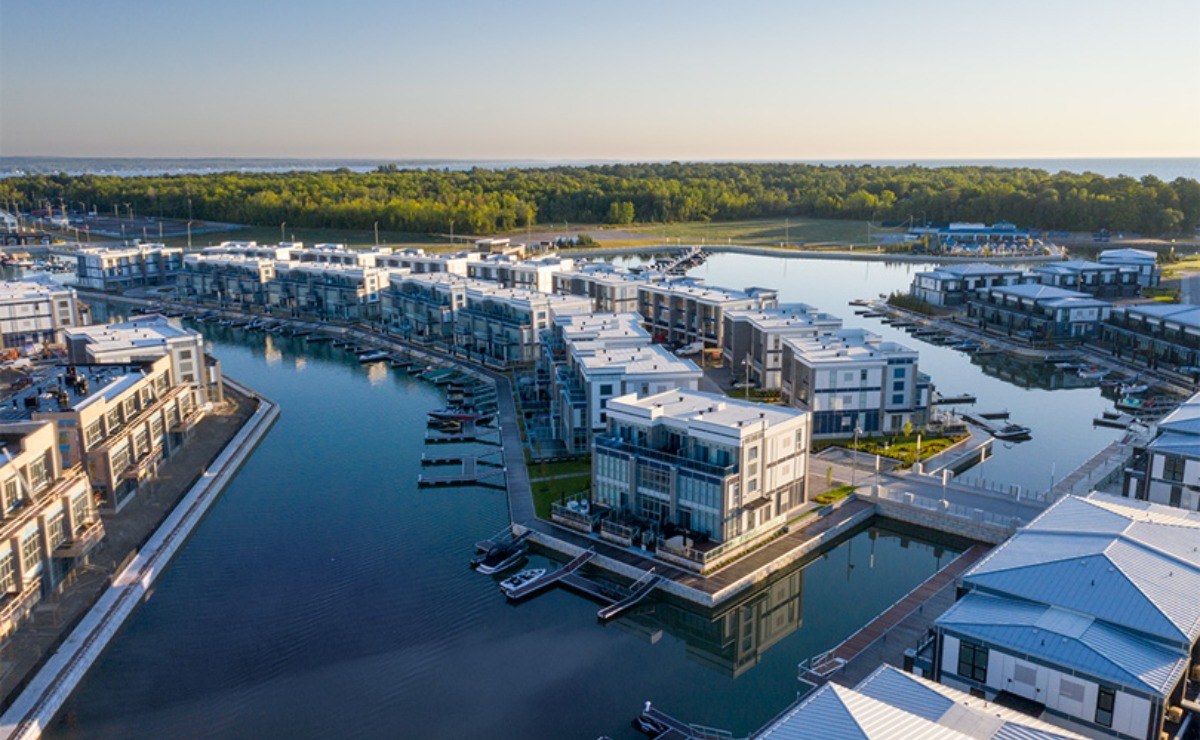 ATM, a Geosyntec company, planned, designed, and assisted in the development of a 700-slip recreational marina development on Lake Simcoe just north of Toronto. This required a detailed analysis of the market for marina slips in the project region, marina planning, economic analysis, and regulatory support.

We planned, designed, and assisted in the development of a 700-slip recreational marina development on Lake Simcoe just north of Toronto. We conducted a detailed inventory assessment of more than 20 existing marina facilities and more than 5,000 slips on Lake Simcoe, “The Narrows,” Lake Couchiching, and Georgian Bay. We analyzed pleasure craft licensures in Ontario and reviewed common vessel types and boating characteristics on Lake Simcoe (for both residential and transient boaters). We catalogued amenity offerings and requirements at regional marinas, conducted an analysis of transient boating in the region (including the Trent Severn Waterway, Lake Simcoe, Lake Couchiching, and Georgian Bay), and reviewed slip rates occupancy and trends.

The result of an economic analysis was a detailed recommendation for marina development at the Big Bay Point site, including slip mix (number and size of slips), amenity offerings, and suggested slip rate structures (seasonal and transient rates). We utilized the findings of the analysis to review and refine the proposed marina development plans for the property. Alternative marina development plans and associated cost estimates were developed and we used this information, in conjunction with input from the developer, to generate a cash flow economic analysis for the proposed facility.

We also worked with the developer to generate an operations and maintenance plan for the proposed marina facility.